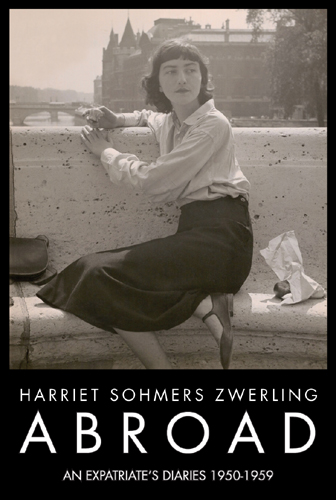 Hers is the most authentic voice I’ve heard from the expat fifties. She brings to life a seminal decade in literary and sexual history, one that she and her fellow expats, coming home, passed on to the next generation of Americans who thought that they had invented the Sexual Revolution. This is an essential book. And a damn good story as well!

Edward Field, author of The Man Who Would Marry Susan Sontag, and Other Intimate Literary Portraits of the Bohemian Era

A well-observed account of the texture of life for those resistant spirits who actively held out against the cultural norms of 1950’s America. To read Abroad is to take a wander down the pleasure path of a sadly bygone era.

Abroad is a beautifully felt and rendered story of a fascinating woman in a fascinating time.  Harriet Zwerling’s account of her life in Paris in the fifties is entertaining and important.  Don’t miss this wonderful book.”

Mary Dearborn, author of Mistress of Modernism: The Life of Peggy Guggenheim

Abroad, and how! We see in this diary a beautiful, brave young woman escape Cold War America’s stifling paranoias to conduct her own  intimate search for the truth of desire. Bravely, she questions pleasure itself: Where is it most to be found? In encounters with men or with women? What are its costs? How does it challenge emotional, mental, and physical well-being? A reader marvels at the vitality with which Harriet Sohmers Zwerling meets those challenges, the honesty with which she records her experience, and the generosity with which she offers the record to us today.

Sarah White, author of Cleopatra Haunts the Hudson and Alice Ages and Ages 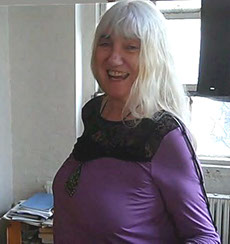 Harriet Sohmers Zwerling (born 1928), is an American writer and artist's model. She lived in Paris in the 1950s as part of the bohemian expatriate scene centered around James Baldwin, with whom she shared space in a literary magazine called New Story.

She translated a novel by the Marquis de Sade for Maurice Girodias' Olympia Press and worked for the International Herald Tribune. In 1959 she moved to New York City and was a part of the literary scene there, publishing stories, (one in the anthology The Bold New Women issued by Fawcett), co-editing the Provincetown Review and working as an artist's model for some of New York's most important painters. She had lovers of both sexes, including María Irene Fornés from 1954 to 1957, and then Susan Sontag until 1958.

In 1963, she married merchant sailor and bohemian Louis Zwerling and had a son, the musician Milo Z. She taught school in Greenpoint, Brooklyn for 28 years. In 2003 a collection of her writings, Notes of a Nude Model & Other Pieces was published by Spuyten Duyvil. She appears in the documentary Still Doing It about the sex lives of older women.