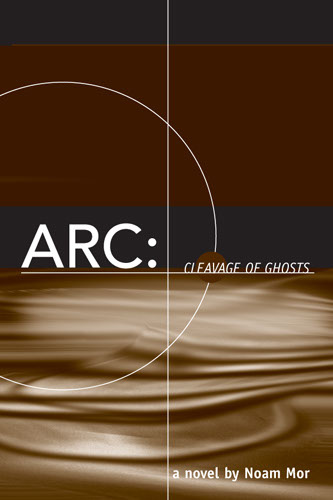 Noam Mor's debut novel follows primordial, modern-day Adam in his quest to find the reason for his existence after losing his lover, Phoenix.  After encountering Kadman, his philosophical, spiritual other, and painstakingly making his way from an unlit hole of a restroom, Adam sets out amid the shadows of myth, constantly (and comically) concerned with the safety of his genitals as he travels from strip bars and bath houses to infinitely more disturbing landscapes.  Despite the help of Sheckanah, an earthy motherfigure, and her band of grotesque sidekicks, Adam's progress toward knowledge is sluggish and blundering; at the same time, the pace of the prose itself is slowed by the painstaking attention that is paid to the texture of each word swirling in Adam's mind and stuttering from his mouth.  Mor has succeeded in creating a reality that is linguistically thick and laden with libidinous desire, pulling the reader into a sensually and philosophically murky world in which the ground is constantly shifting.  So all-encompassing is Arc's otherworldly vision, in fact, that it is shocking to witness the occasional intrusion of a world we recognize as our own, such as Adam's attempts to find his lost Social Security card or his fear of legal repercussions after having intercourse with Ambrosia, who is seemingly both a projection of his imagination and an underage girl.  While Arc resonates with echoes of the Kaballah, Mor plucks only the elements from it that enhance his narrative and filters them through the souls of several morbidly humorous and formally experimental modern novelists, crafting a tale of self-discovery at once in conversation with the past and yet unlike any that came before it.

Possibly the most phallocentric protagonist since Philip Roth's Portnoy . . . Mor's voice is undeniable."

Fans of Brooklyn writer Noam Mor have compared him to such luminaries as Kafka and Beckett, and even weirdo-genius filmaker David Lynch. Not too shabby for a first-time novelist. Mor's Ambitious and poetic book draws inspiration from the mystical Kabbalah, employing an unusual form to chronicle one man's messy search for his identity and purpose in a confusing world.

Arc is driven by a pulse -- a linguistic surge -- rather than a plot. At the heart of every line is an itch, a libidinal agitation, an unappeasable hunger.

Just as the central text of the Kabbalah is unafraid to work through questions as elemental as cannibalism, Arc: Cleavage of Ghosts becomes the central novel of the new confrontation with mysticism by a writer who is a direct heir of Kafka and Singer. Even more of a poet than his predecessors, Noam Mor conjures the voice and narration of  the soul like a contemporary Paul Celan. It’s virtually impossible to describe his work without invoking the company of writers sorely missed. His multifaceted talent limns the interior life of the human body as though Dostoevsky had returned from underground. The depths of humor and sexuality are noted effortlessly and dreamlike, as if David Lynch were given ten years to film Notes from Underground.

David Rosenberg, author of Dreams of Being Eaten Alive: The Literary Core of the Kabbalah

The harrowing journey of the human soul charted with beauty and abandon. ARC is a work of great urgency and ruin.

Carole Maso, author of Ghost Dance and The American Woman in the Chinese Hat

In Noam Mor’s Arc: Cleavage of Ghosts, the “full name” is Adam Kadman, Blake’s Human Form Divine, God as Primal Man and Cosmic Body. Mor’s “textual mark,” bearing the traces of kabbalism and gnosticism, of Kafka and Beckett, indeed rises out of the dark of the modern city in all its violence, depravity, corruption, and longing for redemption. Here, in a work part poetry, part hallucinatory prose, the divine emanations argue, make love and play poker amongst themselves for the highest stakes. 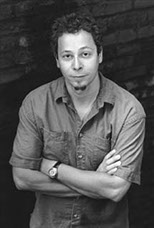 Noam Mor has had short stories published in First Intensity Magazine, Prairie Winds, Downtown Brooklyn and Brooklyn Rail. "Exile," a video he produced and directed, based upon his story, "Listen Baby/I'm hot stuff/I could be/a star," was adapted into a video under a grant from The Kitchen. "Exile" was part of a video presentation at The Kitchen in December of 1996 and was part of the New York International Independent Film & Video Festival in 1997, as well as being shown at The Knitting Factory in 1998. He has had poems published in Visions International and Psychopoetica, in England. Arc: The Cleavage of Ghosts, is his first novel. Noam is a professor of English and philosophy in the New York City area.