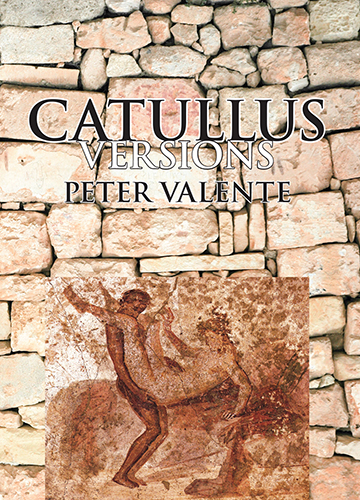 “It IS the best Catullus I’ve ever read. And I suspect that Gaius Valerius, if he’d been around to read late English, would agree.”

“Peter Valente’s translations strip away from Catullus the halo of a classic and bring his poetry to our time as a sequence of irreverent, polemical poems, often offensive, funny and with personal bursts of passion and hurt. Valente calls Catullus a “punk with a big heart,” exactly the way he appeared to his contemporary “defenders of values.” These translations are a powder keg of lyrical language both belonging to our time, and simultaneously carrying the rolling sound of Catullus’s inimitable, exquisite music.” 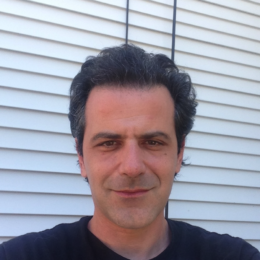 Peter Valente is the author of A Boy Asleep Under the Sun: Versions of Sandro Penna (Punctum Books, 2014), which was nominated for a Lambda award, The Artaud Variations (Spuyten Duyvil, 2014), Let the Games Begin: Five Roman Writers (Talisman House, 2015), two books of photography, Blue (Spuyten Duyvil) and Street Level (Spuyten Duyvil, 2016), two translations from the Italian, Blackout by Nanni Balestrini (Commune Editions, 2017) and Whatever the Name by Pierre Lepori (Spuyten Duyvil, 2017), Two Novellas: Parthenogenesis & Plague in the Imperial City (Spuyten Duyvil, 2017), a collaboration with Kevin Killian, Ekstasis (blazeVOX, 2017) and the chapbook, Forge of Words a Forest (Jensen Daniels, 1998). He is the co-translator of the chapbook, Selected Late Letters of Antonin Artaud, 1945-1947 (Portable Press at Yo-Yo Labs, 2014), and has translated the work of Gérard de Nerval, Cesare Viviani, and Pier Paolo Pasolini, as well as numerous Ancient Greek and Latin authors. He is also presently at work on a book for Semiotext(e). In 2010, he turned to filmmaking and has completed 60 shorts to date, 24 of which were screened at Anthology Film Archives.