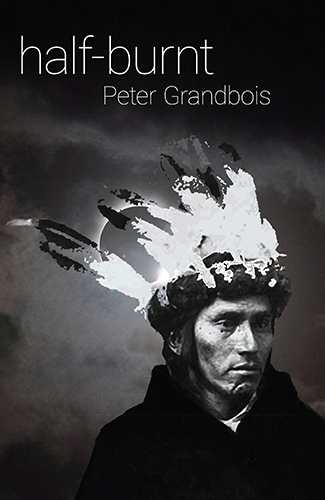 You’re never quite sure where you stand when reading Grandbois, and this is what drew me to his work in the first place. His story cycle “School Bus” is really one of the great pieces of American writing in the twenty first century.

Set in nineteenth century Minnesota during the events leading up to the Dawes Act of 1887 (one of the biggest land grabs in the history of white and Native relations), Peter Grandbois’ new novel, Half Burnt, follows the life of Hole in the Day, arguably the most important historical chief of the Ojibwe nation. Narrated by an aging, Métis priest as he takes the confession of Hole in the Day’s right hand man, Niibiinishkang the novel slowly uncovers the mystery of who murdered Hole in the Day. But for a people who have seemingly lost everything is there an easy answer to anything, especially murder? As a spirit from the Land of the Dead tells our narrator:

“You think like the chimookomaanag…That one thing leads to another, one cause leads to one effect. You think you can undo what has been done, but there are too many strands and you are tangled in them all.”

Soon it becomes difficult to tell where one story ends and the other begins as the narrator becomes caught up in the web of the many stories surrounding the life and death of Hole in the Day. Exhibiting the “robust storyteller’s heart” (The Rocky Mountain News) that marked his debut novel with the formal innovation and poetic precision of his second award winning work, Grandbois’ newest novel rejects previous narratives that paint Natives into what are essentially white, western boxes of  “victim” or “warrior,” offering instead a contemporary vision of humanity’s place on this sacred earth, one that transcends any notion of a “pure” culture, a vision that seems particularly relevant to a modern world where the standoff at Standing Rock over the Dakota Access Pipeline has similarly been characterized as a desperate battle by a dying people to protect the land that was taken from them, when the reality is the people and the land have been one all along.

Peter Grandbois writes with uncommon beauty and marvelous care about the deepest complexities of history and heart. Half-Burnt is filled with love and truth and pain and rage and endurance and desire. It’s about false endings and true beginnings and all the jagged mysteries that attend the human journey. I’m so glad I read it.

Laird Hunt, author of In the House in the Dark of the Woods

This is a novel where fiction, myth, and historical reality intertwine with ponderous lyrical force. Told as a lucid dream, the story cycles from one mouth to another, from the dead to the living, unraveling like a river and piercing like an arrow. Peter Grandbois creates a splendid sense of otherworldliness echoing Rulfo’s Pedro Páramo. We face vengeance, desire, possessing spirits, and the question of belonging to a primordial earth, a story as ancient and vivid as the touch of man. And at the end of the novel, we can do nothing but marvel at the brilliant feat and thank Grandbois for his courage.

Jorge Armenteros, author of The Roar of the River 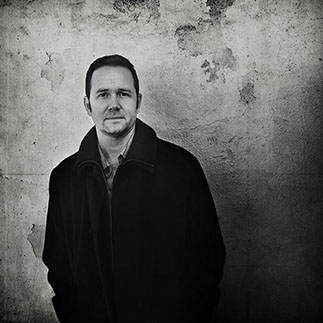 Peter Grandbois is the author of nine previous books, the most recent of which is Kissing the Lobster (Spuyten Duyvil, 2018). His poems, stories, and essays have appeared in over one hundred journals. His plays have been performed in St. Louis, Columbus, Los Angeles, and New York. He is a senior editor at Boulevard magazine and teaches at Denison University in Ohio. You can find him at www.petergrandbois.com.