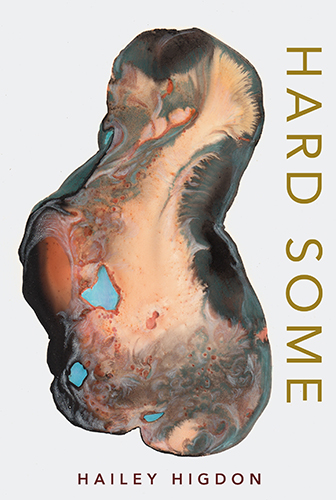 In a time when all meanings seem to have already been uttered and all forms have already been experimented with, up to the point of rewriting existing writings, Hailey Higdon manages to still be an original. Her writing is weird and sophisticated but without giving an inch in the task of feeling deeply. Her artifice is to die for.

In Hard Some, each poem takes a relatively simple phrase—such as “two women walk into a town”—and then turns it into something that is story and meditation. These are poems that look simple at first glance; they are quiet and spare. But they build into something large, relational, full of other people, theories of connection and queerness.

Hard Some leads the reader into the depths of a queer dailiness. These several sequences breathe through layers of perception (quartz) and offer a kind of strumming sensation to the language. Higdon is not tracing the landscape underfoot but sketching the actual atmosphere it creates, both in and outside of our bodies. I feel endless, pleasing reverberations in this work akin to the poetry of Joanne Kyger, Bob Grenier, and Lisa Robertson. “btw how you treat you/ is reciprocal/ because you are more than one.” This is an essential book for our increasingly dark age.

“One might say that Hard Some, on the whole, is a book of sustained resistance, as much as it is about a sustained and thoughtful presence.”

But the need to find a home and something to sustain them is great: “So here we are digging, digging / until we’re wild, find water.” The narrator interrupts her own story (and the poet interrupts her own line of poetry) to say, “As an American I want to talk about myself,” and resumes again on the next page, “Two women walk into a town,” as if to start again, to try to assert a simple narrative, or retell the same story until she arrives at the iteration with a happy ending. The starting over mirrors the way the two women in the poem keep moving, and keep trying to fit in.

from Michael Quinn in The Gertrude 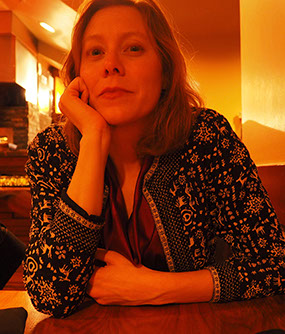 Hailey Higdon is a poet from Nashville. She is the author of several chapbooks including A Wild Permanence (Dancing Girl, 2018), Rural (Drop Leaf, 2017), The State in Which (Above/Ground, 2013), Packing (Bloof Books, 2012) and How to Grow Almost Everything (Agnes Fox, 2011). Hard Some is her first full-length collection. She currently lives and works in Seattle.