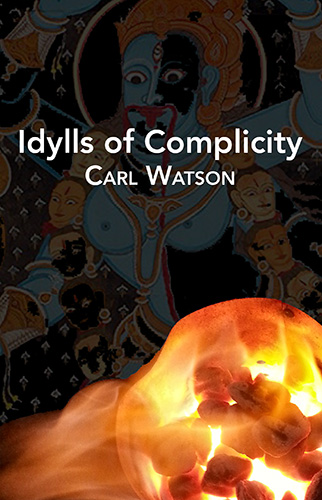 They used to drink a concoction in Harlem called Top-and-Bottom, or Half-and-Half. It was a glass of straight gin topped with cheap red wine. Watson at his best is a variation on this drink: rot gut gin mixed with Haut-Brion instead of piquette   ....   In these days when most short fiction is so affected that it seems to move across the page like a vain actor across the stage, Watson's words give us something good and something real. In this his work is of rare value. No one who enters into it will emerge quite the same.

Nick Tosches, from the introduction to the French publication of Sous l'empire des oiseaux

Once Watson kick-starts his mad genius and those loopy metaphors snake at your boots, it’s like hanging onto the back of a Harley running flat out, weaving in and out of the carnage of an endless auto wreck.

He actually creates a hard-nosed nostalgia for states-of-being that in the end he decides never existed in the first place. Along the way he fires off so many volleys at the political, social and sexual structure of our small epoch that they become a waterfall of sacred and profane observation, delivered out of the side of his mouth in the most hard-boiled fashion.

On Hotel of Irrevocable Acts:

Fantastical realism, surrealism, expressionism, carnivalization--none of these words quite do it. Ultimately, it's reality. At the novel's most bizarre, there's always something strangely familiar. Whether it's Freudian psychoanalysis, another novel, a headline you're always reading in the paper, a thought you yourself have had, something always hovers behind the scenes and reflections of the novel.

Carl Watson creates in language a spacial structure that is entirely unique. There is a physical sense of distance that is perceived subdermally—as an actual implosion of the empirically constructed world. And simultaneously (as you read it) you’re working to explode it back together (the simulated world that words create).  It’s this energy that he explicates.

On Backwards the Drowned Go Dreaming:

Carl Watson is a true visionary and an artist of letters, who also happens to be a pure pleasure to read.

The cage hotel that modern man calls a mind is irrevocably set for Carl Watson’s haunting drift into a world of ever-changing frames. Literature has rarely summed up the terror of being so vividly

With prose unfurling like cigarette smoke bleeding into that cloud of half-forgotten memories forever shadowing missed opportunities that hangs over a noonday dive somewhere during the twilight of the last blown century, heartbreak rock-n-roll on the radio crackling in exquisite precision between am stations and windswept interstates, Carl Watson daydreams before silent black-and-white televisions in SRO lobbies or as he drinks himself sober in crumbling Chicago tenements. Backwards the Drowned Go Dreaming explodes the bleary-eyed myth of the American road.

Carl Watson is a Steampunk Baudelaire, his genius a Last Exit To Nowhere Existentialism of sinisterly exotic thoughts. Both behind and ahead of his time; a futuristic-classicist, Watson s richly reposited and rescued English language butchers Corporate Clone-Speak, and reveals to us an Adamic namer-poet-seer of the cruelest nightmares slouching our way to be born.

Alan Kaufman, author of the memoir Drunken Angel and editor of The Outlaw Bible of American Poetry

In images of great beauty, and play within poetic form, Watson has written a passion play in what might be a meeting between Rimbaud and Donne in a final dream where ...sleep can offer both terror and escape . 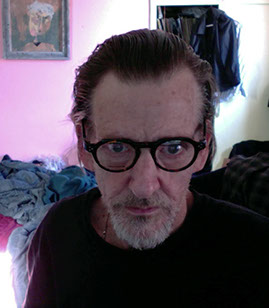 Carl Watson is a poet, fiction writer, playwright and critic. He grew up in Northwest Indiana and has since lived in Portland Oregon, New Orleans, Chicago, New York and Paris. He has traveled extensively in India and other parts east of the Atlantic. He currently splits his time between NYC and an old barn in the Catskill Mountains. Watson has written cultural criticism and reviews for various journals including The Village Voice, NY Press, Downtown, Tribes, and The Williamsburg Observer. He is the author of several books of fiction, including Bricolage ex Machina (Lost Modern Press), Beneath the Empire of the Birds (Apathy Press), The Hotel of Irrevocable Acts (Autonomedia), and Backwards the Drowned Go Dreaming, a novel published by Sensitive Skin Books. He has also published several collections of poetry, including Anarcadium Pan (Erie Street Press), Living for the Ecstasy Sect, Confessions of an Aspirin Eater, The Green Man (Apathy). His latest collection, Astral Botanica, is published by Fly by Night Press, the imprint of A Gathering of the Tribes. He has been published in various journals including Sensitive Skin, The Brooklyn Rail, Evergreen Review, Degraphe, Liberation and others.

Watson received the Kathy Acker Award for Fiction in 2012.

Watson wrote his Ph.D. dissertation on the autobiography of the outsider artist, Henry Darger. He continues to work with Darger’s manuscripts while publishing articles about his work. He teaches literature in the CUNY system, most recently at Baruch College.