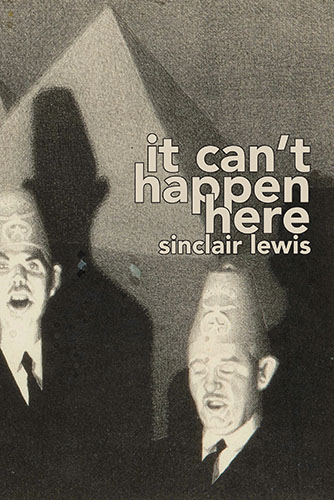 "Every moment everyone felt fear, nameless and omnipresent. They were as jumpy as men in a plague district. Any sudden sound, any unexplained footstep, any unfamiliar script on an envelope, made them startle; and for months they never felt secure enough to let themselves go, in complete sleep. And with the coming of fear went out their pride.

Daily—common now as weather reports—were the rumors of people who had suddenly been carried off “under protective arrest,” and daily more of them were celebrities. At first the M.M.’s had, outside of the one stroke against Congress, dared to arrest only the unknown and defenseless. Now, incredulously—for these leaders had seemed invulnerable, above the ordinary law—you heard of judges, army officers, ex-state governors, bankers who had not played in with the Corpos, Jewish lawyers who had been ambassadors, being carted off to the common stink and mud of the cells.

To the journalist Doremus and his family it was not least interesting that among these imprisoned celebrities were so many journalists: Raymond Moley, Frank Simonds, Frank Kent, Heywood Broun, Mark Sullivan, Earl Browder, Franklin P. Adams, George Seldes, Frazier Hunt, Garet Garrett, Granville Hicks, Edwin James, Robert Morss Lovett—men who differed grotesquely except in their common dislike of being little disciples of Sarason and Macgoblin.

Few writers for Hearst were arrested, however." 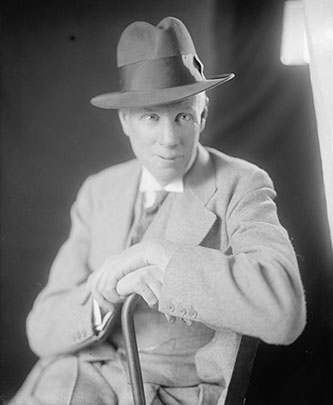 In 1930 Sinclair Lewis won the Nobel Prize in Literature, the first writer from the United States to receive the award, after he had been nominated by Henrik Schück, member of the Swedish Academy. In the Academy's presentation speech, special attention was paid to Babbitt. In his Nobel Lecture, Lewis praised Theodore Dreiser, Willa Cather, Ernest Hemingway, and other contemporaries, but also lamented that "in America most of us—not readers alone, but even writers—are still afraid of any literature which is not a glorification of everything American, a glorification of our faults as well as our virtues," and that America is "the most contradictory, the most depressing, the most stirring, of any land in the world today." He also offered a profound criticism of the American literary establishment: "Our American professors like their literature clear and cold and pure and very dead."

After winning the Nobel Prize, Lewis wrote eleven more novels, ten of which appeared in his lifetime. The best remembered is It Can't Happen Here (1935), a novel about the election of a fascist to the American presidency.