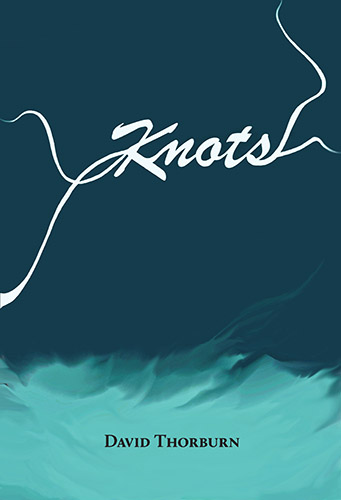 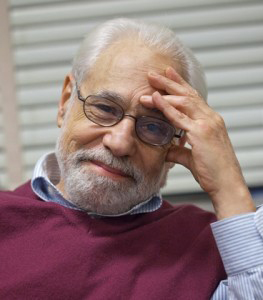 Poetic form here is as supple as the poet’s gaze: rhyme when it emerges is lightly shouldered, sweetly in play with the vicissitudes of memory and the ceremonies of daily domesticity. Not a line goes slack, not a word is wasted.

I am obliged to perform in complete darkness, Berryman writes, operations of great delicacy / on myself.  In his tersely lyrical poems, David Thorburn operates on American fatherhood, from within its own terms. He knows and praises its knots and the names of its knots and tools. And he knows texts and stories and words, which are his own tools. These poems are raw, affectionate, powerful, blunt, elegiac and downright joyous. I admire them very much.

Bride’s Necklace, Hangman’s Noose, Triple Hitch, and Half Crown Seizing: the irreducible particularity of seaman’s wit and wherewithal is beautifully honored in the meticulous artistry of these poems by a seaman’s son. Poetic form here is as supple as the poet’s gaze: rhyme when it emerges is lightly shouldered, sweetly in play with the vicissitudes of memory and the ceremonies of daily domesticity. Not a line goes slack, not a word is wasted. This book is everywhere redolent with love, and with the wisdom love demands.

This book is made up of knots, individual poems and in fact the entire work, poems in push and pull with each other.  Thorburn begins with two strands, his maternal Jewish ancestry and his father, a Scots sailor, master of knots.  These are not to be solved by the slice of a sword, but are to be traced out into the realm of contemplation.  There are many others, returned to throughout the book, whose strengths are the various strands or cords in tension.  Knots is a book of wonders, to be read again and again.  Read it through and then open it anywhere and learn something anew.  These are poems to be lived with.

These poems take the reader into the heart of the human condition – its disappointments, pain, love and cruelty. Memorable poems about the poet’s seaman father, a man of knots, rigging and contradiction, shape the book.  Throughout, Thorburn’s magnetic and tight poems disclose and loosen the knots—as real as those made of rope— in all of us.

David Thorburn tells us “there is no calculus for the half-life of stories” in poems where “what is lost, what retrieved” can’t be and probably shouldn’t be added up. "If you marked a coin” and released it to “the oozy waters of finance,” Thorburn asks, "would you expect it to return, change from the candyman or grocer?" No, his book says, life doesn’t give back change for what we spend it on, just the mystery, the wonder, of transformation. These lyrical poems read like Ovid at eye level: Hecuba and Jackie Gleason; the laugh and grace of eroticism shared by a married couple; Don Quixote and an instruction sheet for the Papco flaring tool. The knots that bind in Thorburn's book are familial, historical, mythic: they embrace and are embraced by something very like a whispered love song.

David Thorburn has been a teacher of literature for fifty-five years, forty-four of them at MIT where he is Professor of Literature and Comparative Media and Director Emeritus of the MIT Communications Forum.  Generations of MIT undergraduates have taken his lecture course, “The Film Experience,” which now reaches an international audience on MIT’s OpenCourseWare platform and on YouTube.   He was born in Manhattan and grew up in an old farmhouse in Randolph, New Jersey before it became a suburb.  He’s written a book on Joseph Conrad and many essays and reviews on literature and media.  Knots is his first book of poetry.