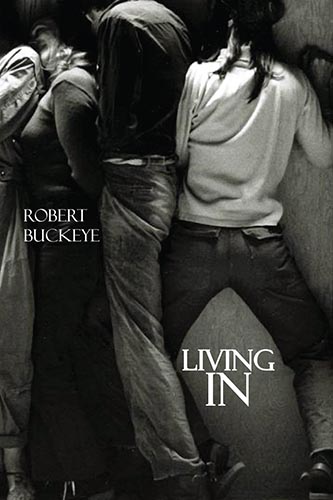 “The official map of the culture at any time," Iain Sinclair writes, "would always fail to include vital features."  I see my writing to reclaim what is at the point of disappearance, less a digging down, the work of archaeologists or historians, than a series of collisions—people, places, encounters. What would our lives be, Walter Benjamin asks, if our lives were to be defined by the song last heard on everyone's lips? The already-heard reaches us like echoes awakened by the past.

At the center of Buckeye’s clear, direct prose is moral memory.  All his life, from Cleveland to Bratislava, he has been measuring the material world from the body out.  It is this rare combination of moral memory and materialism that makes Buckeye’s writing so compelling.

Robert Buckeye’s work—whether he deals with intimate or far-flung geography—has an edge to it, an incisive lyric toughness that's very much his own.  The voice has pace, rhythm, force.

You may have to keep reminding yourself it’s not poetry … because it is so surely lyrical, so rich with imagery. 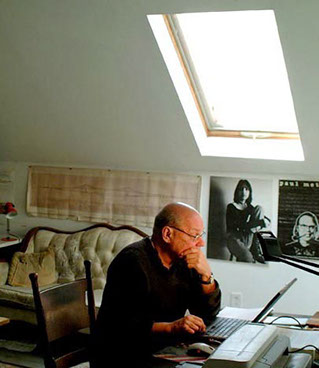 Robert Buckeye, former College archivist, moved to Middlebury in 1971, moonlighted as an avid member on his bar trivia team, “The End of The Road.” Bob and the team used to frequent Two Brothers Tavern for its Wednesday trivia night. He still remembers being asked which famous rock singer was a paratrooper, and immediately knowing the answer: Hendrix.

Places on a map that trace a life: Cleveland, Detroit, San Juan, a New England village, Bratislava, including six months in an abandoned farm house in Indiana, looking back the life he left.