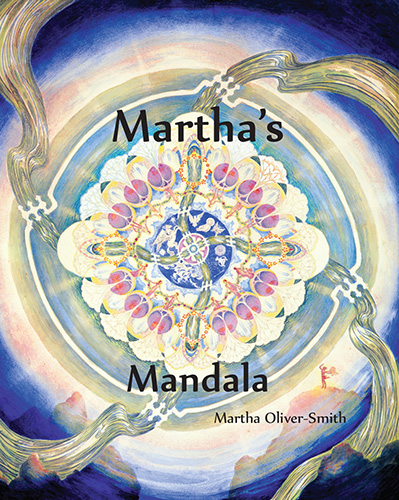 Figures in a Family Circle

According to Archetypal Psychologist James Hillman, it is the work of the soul to create meaningful experience out of the facts of one’s life. In Martha’s Mandala, Oliver-Smith entwines strands of her own personal journey of self-discovery with an imaginative accounting of her grandmother’s life-work: to give beauty and coherence to the dark and mysterious voices that shattered Martha Bacon’s psyche as a young mother; to find a quiet center and create a peaceful “home” amidst the tumult of an extraverted lifestyle of uncertain privilege and patriarchy; and to proceed throughout all of her life’s circumstances with a private diligence and faithfulness to her own Truth.

Parsing the complexity of a family influenced by mental illness, Martha Oliver-Smith subtly weaves her grandmother’s story into her own as both women work to solve the perplexing problem of the split self. Her grandmother’s symbolic watercolors “made out of her darkness” evolve beautifully in the telling as talismans of solace and balance.

Kathryn Abajian, author, First Sight of the Desert: Discovery of the Art of Ella Peacock

This history and reflection stands on its own as a rich psychological biography. Of greater value is the chance it may open doors for each of us to personal and archetypal elements that determine our lives, relationships, and our connection to that which is present “called or not called.”

The limitations upon the creativity of women—both imposed and self-imposed—chronicled in Martha’s Mandala, is genuinely heartbreaking. Here we glimpse some of the 20th century’s most important figures—notably Carl Jung—who the reader must re-evaluate in light of this story of family privilege, patriarchy, and downfall. Martha’s Mandala, beautifully written as text and elegantly produced as object, offers us a glimpse of the author’s grandmother—a member of the American aristocracy, a witness to history—and what might have been, had her considerable artistic and intellectual talents been recognized by the influential men around her, which they were not. This concise and insightful memoir makes us take stock of the “progress” women—especially creative women—have, or have perhaps not, gained. Read this and get (retro-)actively outraged. Read this, and appreciate the work of this author who is now the important voice of the women in her family, now telling her grandmother’s story. 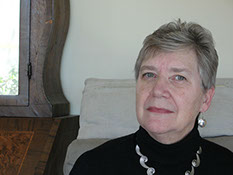 Martha Oliver-Smith was born in Peace Dale, Rhode Island in 1946 to a family of writers, artists and scholars. She spent most of her childhood moving between her grandmother’s home in Peace Dale and living with her mother in New York. She moved west with her young family in 1972 to Ashland, Oregon where she completed a BA in English from Southern Oregon University. In 1976, she moved to Reno, Nevada to earn an MA in English literature from the University of Nevada where she began her thirty-six year teaching career. After twenty-five years of teaching college and high school literature and writing courses in Oregon, Nevada and California, Oliver-Smith moved back east to Vermont in 2002 to teach and to research and write Martha’s Mandala. In 2006, she earned an MFA in creative writing from Vermont College of Fine Arts where her thesis provided the basis for the memoir. She lives with her husband, two cats, one dog and six chickens in northern Vermont where she is working on a second memoir.