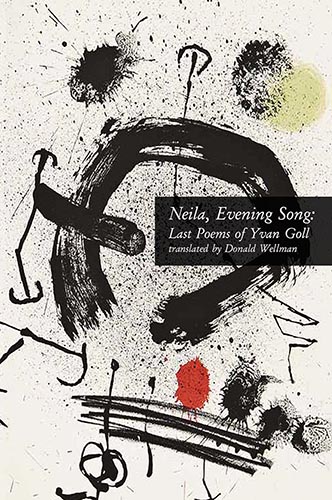 Yvan Goll (1891-1950), a poet of many talents and many languages, his journal Surréalism (1924) was the first to feature surrealist work much to the chagrin of Andre Breton. A Jewish intellectual living in NYC during World War II, much of his French language poetry, including Landless John, was translated into English by various hands including William Carlos Williams, W.S. Merwin and Galway Kinnell. He was the first to translate Aimé Césaire’s Notebook into English. Near his death, he wrote a large number of love poems addressed to his wife Claire. Some were published as Dream Weed / Traumkraut, Goll’s work best known to English readers, others are to be found in Neila, a work of restless paranoia and gripping intensity, translated here into English for the first time. 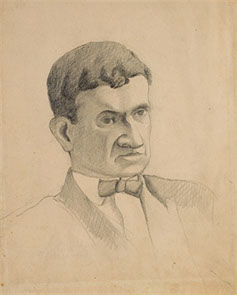 Yvan Goll was born at Sankt Didel (today Saint-Dié-des-Vosges), in Alsace-Lorraine. His father was a cloth merchant from a Jewish family from Rappoltsweiler in Alsace. After his father's death when he was six years old, his mother joined relatives in Metz, then a major town of Lorraine in the 1871 German Empire (after 1918 the area was claimed by France). In this predominantly Lorraine/French-speaking western part of Alsace-Lorraine, high school education inevitably involved German. Later he went to Strasbourg and studied law at the university there, as well as in Freiburg and Munich, where he graduated in 1912. In 1913, Goll participated in the expressionist movement in Berlin. His first published poem of note, Der Panamakanal (The Panama Canal), contrasts a tragic view of human civilization destroying nature, with an optimistic ending which evokes human brotherhood and the heroic construction of the canal. However, a later version of the poem from 1918 ends more pessimistically. At the outbreak of World War I he escaped to Switzerland to avoid conscription, and became friends with the dadaists of Zurich's Cabaret Voltaire, in particular Hans Arp, but also Tristan Tzara and Francis Picabia. He wrote many war poems, the most famous being 1916's "Requiem for the Dead of Europe", as well as several plays, including The Immortal One (1918). 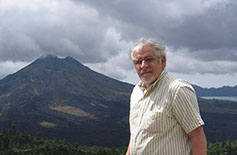 Donald Wellman, poet, editor, and translator lives in Weare NH. His books of poetry include The Cranberry Island Series (Dos Madres 2012), A North Atlantic Wall (Dos Madres, 2010), Prolog Pages (Ahadada, 2009), and Fields (Light and Dust, 1995). Originally a medievalist, he has written on poets associated with both Black Mountain College and with emergent contemporary practices. For several years, he edited O.ARS, a series of anthologies, devoted to topics bearing on postmodern poetics, including volumes entitled Coherence, Perception and Translations: Experiments in Reading. His translation of Enclosed Garden by Emilio Prados is available from Lavender Ink / Diálogos (2013). His translation of Antonio Gamoneda’s Gravestones is available from the University of New Orleans Press (2009). His translation of Gamoneda’s Description of the Lie is now available from Talisman House (2013).  Roman Exercises, recent poetry is also available from Talisman House.