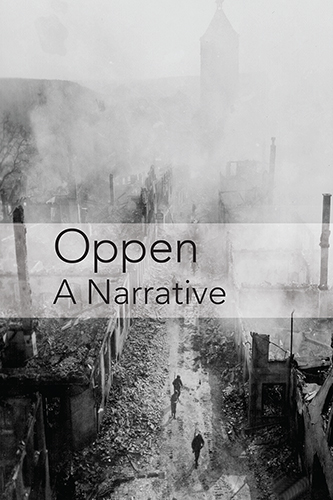 George Oppen (1908-1984) was a member of the 'Objectivist' group of poets, with Carl Rakosi, Charles Reznikoff and Louis Zukofsky, and was publisher of the associated press, To Publishers, in the early 1930s. He abandoned poetry later that decade and, faced with the rise of Fascism, became a political activist and member of the Communist Party of the USA. Later, he and his family moved to Mexico to escape the attention of Senator McCarthy's House Un-American Activities Committee.

He returned to the USA, and to poetry, in 1958 and, after a series of well-received books from New Directions, was awarded the Pulitzer Prize in 1969. Some thirty years after his death he is increasingly regarded as one of the most significant American poets of his era. This volume of biography and literary criticism engages with a complex man, and a complex poet, the course of whose life was unlike any of his contemporaries.

“Hoffman's narrative explores in considerable depth Oppen's thinking about his own work, his reasonings and judgments on himself and his contemporaries in life, politics and poetry. Throughout, Hoffman supplies a rich contextual background to the Oppens' story, one in which public and private life continually intersect not only in the socio-cultural aspects of their lives but in the undergirdings of love, hope and guilt that empower the thought and poetry… Complex, highly-nuanced and well-documented, Hoffman's narrative makes clear that few careers in modern poetry are so entwined with biography as Oppen's.” 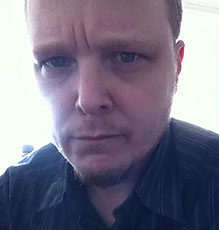 Eric Hoffman is the author of several collections of poetry, including The Transparent Eye (Spuyten Duyvil, 2016), and Forms of Life (2015), By the Hours (2013), and The American Eye (2011), published by Dos Madres Press. He is the author of Oppen: A Narrative, a biography of poet George Oppen (Spuyten Duyvil, 2018), editor of Cerebus the Barbarian Messiah: Essays on the Epic Graphic Satire of Dave Sim and Gerhard (McFarland, 2012), co-editor (with Dominick Grace) of Approaching Twin Peaks: Essays on the Original Series (McFarland, 2017), Dave Sim: Conversations (2013), Chester Brown: Conversations (2013), and Seth: Conversations (2015), with Grace and Jason Sacks of Jim Shooter: Conversations (2017), and with Nina Goss of Tearing the World Apart: Bob Dylan and the 21st Century (2017), all published by the University Press of Mississippi. He lives in Connecticut with his wife Robin and son Sailor.