Lynda Schor’s stories are as dazzling as her readers have come to expect. To label them ‘black humor’ or describe them as ‘irreverent’ would be putting it mildly, and there is nothing mild about Schor’s take on the way we live now—our marriages, sex lives, obsessions and rites of passage. She is a master of satire, full of invention and wit, yet beneath the hilarious goings-on in her work runs a deep vein of melancholy.

Hilarious, touching, and bitingly wicked. Popular culture, from Tarzan movies to couples counseling, from fitness gurus to Columbine-like massacres, are fodder for Schor’s keyboard. The mix works, showcasing a writer who is smart, sassy and bold.

As much as this collection proposes compelling politics, The Body Parts Shop is first and foremost a collection of stories—narratives—and good ones at that. Schor’s fiction glows with innovation. She does not shy away from frank sexual descriptions or biting satire.

These stories are calculated assaults on much that we hold dear.  This gives them enhanced value. Malice as an artistic tool cannot be ignored, it can—as in this collection of freewheeling stories—be enjoyed. Highly recommended.

The Body Parts Shop is complex, sometimes as plain as the nose on your face, sometimes wild enough to make your hair stand on end.

I grew up devouring Lynda Schor’s stories in my teenage bedroom, hungry for life lessons on sex, love and other painfully delicious subjects. The Body Parts Shop continues her fine tradition, providing a hilarious user’s manual for American society by taking us behind the scenes of the staples of our TV culture. Whether it is school shootings, chimp actors, Barbie conventions, or hair replacement infomercials, Schor flips over the dark underbelly of America, exposing humorous—and often sexy—details that might have passed other, less gifted writers by.  A great read.

author of The Pecking Order, and Honkey

Stories about life, liberty and the pursuit of sexual happiness.  Ms. Schor’s fiction is literate, often witty and full of perceptive looks at relationships and the like. The characters are fun, and the author’s vision is that of a feminist with a grand awareness of the realities of males and females being at odds with each other.  Recommended.

Her characters seek to gratify their insatiable appetites—for sex, for food, for power over one another—with singleminded and often brutal zeal. Though she sometimes falls prey to the excesses of unbridled imagination, she skillfully combines genuine eroticism with didactic complexity in a consistently witty and refreshing way.

A new collection of short stories that are humorous, sexy, peculiar and familiar . . . and dazzling.

Appetites is funny, vivid, and expresses the hidden, un-Freudian feelings about everyday life and so-called love.

This book is recommended only to free, liberated women, who believe that freedom and unlimited license is theirs.

Schor emphasizes the ridiculous, but she is a serious satirist of the transactions between the sexes.

One of my favorite stories is Lynda Schor’s ‘The Rape.’

Lynda Schor reminds me of Fellini more than any other artist I can think of. There is no escape from feeling for a writer like Lynda Schor. Not in distance. Not in analysis or abstraction. Just the powerful record of experience on experience. Fortunately for us, she has the courage, the energy, the completely original talent to write it all down.

She turns over the rock of female experience and reveals the truth underneath.

Appetites is a collection of 12 short stories that are variously funny, bitter, surreal, and exotic. Lynda Schor writes about sex as matter-of-factly as a harried housewife trying to make food stamps stretch at the local A & P.  Appetites is to be recommended for it’s honesty, it’s inventiveness, and above all for its meticulous attention to the details of a woman’s life. Lynda Schor is the first woman writer of short stories since Grace Paley to make art from such materials.

The stories in Appetites are brilliant. Appetites pushes the boundaries of conventional good taste, but it also presses the frontiers of the short story form in important new ways.

Few writers manage to be witty and hilarious at the same time, but Lynda Schor is. I was delighted by her stories which encourage me to expect the unexpected; there’s an astonishment on every page. 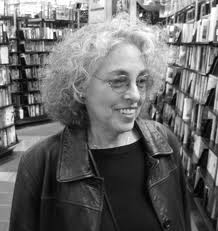 Lynda Schor has had 6 collections of short fiction published, and her stories have been published in a variety of magazines and literary journals. She has won several grants, including two Maryland State Arts Council Grants, a Baltimore City Arts Grant, the Ann Tyler Prize for Fiction, an O’Henry nomination, and received fellowships from the Ragdale Foundation, The MacDowell Foundation, Virginia Center for the Creative Arts, and others.  She has been a Writer-In-Residence at many colleges and universities, including Florida International University, Maryland Institute, College of Art, and Western Washington University.  She taught in the Writing Program of The New School for 25 years. Currently, she lives with her husband, Halvard Johnson, a poet, and their two dogs, Natasha and Koki in San Miguel de Allende, Guanajuato, Mexico.