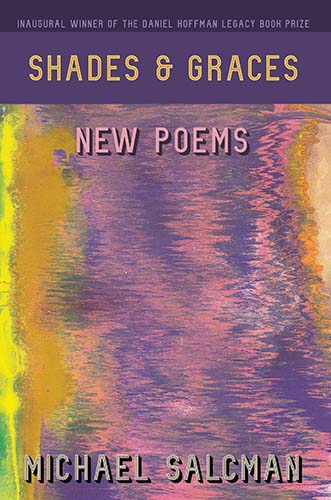 Eloquent and moving, Michael Salcman’s new book is a fervent expression of praise for the human condition. Here he draws inspiration from a host of topics from his practice as a neurosurgeon to his memories of softball in the Brooklyn of his childhood, and to his insights on writers and painters. His concerns are as immediate as the human body and as ethereal as “the true history of flight.” Through his eyes we see past and present realities and dreams. These are poems to live by.

—Grace Schulman, member American Academy of Arts and Letters and recipient of the 2016 Frost Medal from the Poetry Society of America; recent books include a memoir “Strange Paradise: Portrait of a Marriage,” and a poetry collection, “Without a Claim.”

In Shades & Graces, Salcman tells us early on that “Every intern knows it doesn’t matter how long an incision is, just how wide,” and in this accurate and marvelous detail provides a metaphor for the way a surgeon’s suturing provides a signature, “closed but open like a grave,” that “even God can’t erase.” In poem after poem, Salcman’s signature—the stitched lines of his verse—are characterized by verve, clarity, and formal finesse, and as such they attempt to heal the various and vexing wounds of experience.

—Michael Collier, former poet laureate of Maryland, director of the Bread Loaf Writersʼ Conference, Professor of English at the University of Maryland and author of “My Bishop and Other Poems.”

Brilliant, playful, rueful, profoundly grounded—a scholar of Erasmus and Sinatra, pinball and neurosurgery—Michael Salcman knows how tricky ideals become when you try to live them—whether you live for beauty or to repair the world or both. Salcman is a poet who has paid his dues, crafted a voice whose modulations are seamless: the profundity is natural as daylight. In Shades & Graces, his canvas is a lifeʼs entire arc. With this book, Salcman comes into his own.

—D. Nurkse, most recently author of “Love in the Last Days: After Tristan and Iseult,” and “A Night in Brooklyn.” 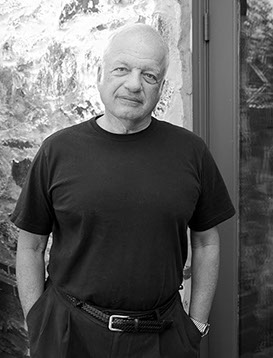 Michael Salcman, poet, physician and art historian, was born in Pilsen, Czechoslovakia, came to the United States in 1949 and trained in neurosurgery at Columbia University. Formerly chair of neurosurgery at the University of Maryland and president of the Contemporary Museum in Baltimore, he is the author of six medical textbooks and seven previous collections of poems, including The Clock Made of Confetti, nominated for the Poets Prize, and The Enemy of Good is Better. He edited Poetry in Medicine, a standard anthology of classic and contemporary poems about doctors, patients, illness and healing. His poems have appeared in numerous journals including Arts & Letters, Harvard Review, Hopkins Review, Hudson Review, New Letters, Notre Dame Review and Poet Lore. His previous collection, A Prague Spring, Before & After, won the 2015 Sinclair Poetry Prize.