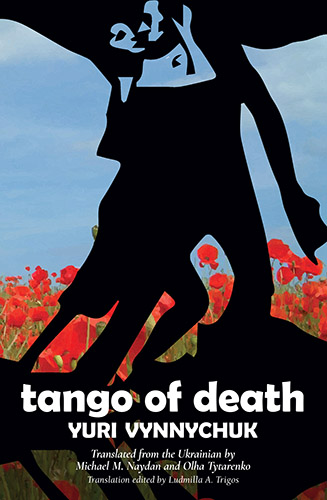 Translated from the Ukrainian by

Translation edited by Ludmilla A. Trigos

“Yuri Vynnychuk’s novel Tango of Death is a literary masterpiece about the magic of pre-war Lviv.”      Dariusz Nowacki in Gazeta Wyborcza (Poland)

“Experienced readers know that books that capture your imagination from the very first page are rare. Even the most legendary authors succeed in doing this in only a handful of instances. Yuri Vynnychuk with his novel undoubtedly belongs to this elite circle. …[T]his masterpiece reads like a grand parable.”    Joachim Mols from www.bestreaders.de (Germany)

“Yuri Vynnychuk is one of the most popular writers of Ukraine. His works are hotly debated and awarded many prizes. It's great that the cult author of Lviv can now cast a spell over German-speaking readers as well.”    Yuri Andrukhovych (Ukraine)

“…a demanding, exciting and entertaining to read novel despite a tragic story told over lengthy spans of time.”   Volker Breidecker in Süddeutsche Zeitung (Germany)

“…a cleverly composed novel in which Vynnychuk skillfully alternates time and perspectives and tells a moving story about friendship and courage in the face of the utmost brutality.” 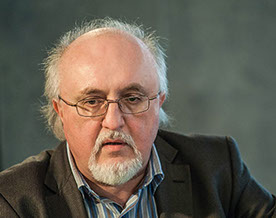 Yuri Vynnychuk was born in 1952 in Stanislaviv (now called Ivano-Frankivsk) in Western Ukraine. He is a man of many hats: prose fiction writer, poet, translator, journalist, editor, anthologizer, satirist, translator, comic stage performer, playwright, and culinary specialist to name several that come to mind. He was designated a Golden Writer of Ukraine in 2012 and is one of the country’s most prolific writers. His works have earned numerous prizes including the BBC Ukrainian Book of the Year Award twice for his novels Spring Games in Autumn Gardens (2005) and Tango of Death (2012). During his undergraduate days in Stanislaviv, Vynnychuk fell under the watchful eye of the KGB. In part to escape that surveillance, he moved to the larger city of Lviv after graduating in 1973. He continues to reside there to this day and has become one of the major champions of his adopted city. Until 1980 he was blacklisted from publishing under the repressive Soviet regime but managed still to do so under various pseudonyms. After emerging from the underground, Vynnychuk rose to swift popularity in Western Ukraine (Galicia) with his singing and performance group “Don’t Worry!” (founded in 1987), his fantastic stories and novellas in his collection of shorter works The Flashing Beacon (1990), and his pulp fiction erotic novel Maidens of the Night (1992). Since then he has published scores of fiction and non-fiction books, anthologies, children’s books, and translations. Controversy has followed Vynnychuk throughout his creative lifetime: in particular for his overt male perspective on eroticism in his writings as well as for his satirical jibes at political and cultural figures both in Soviet and post-Ukrainian-independence times. In 2012 he was vilified by elements of the corrupt and now thankfully former Yanukovych regime for his satirical poem “Kill the Mother,” which was circulated widely on the Internet. Vynnychuk’s name more recently also was included in the infamous “List of 47,” which consisted of 47 prominent Ukrainian cultural and political figures targeted for assassination by Russian-backed killers. The novel Tango of Death with the city of Lviv as one of its main heroes represents the pinnacle of Vynnychuk’s craft and showcases his superb stylistic mastery. 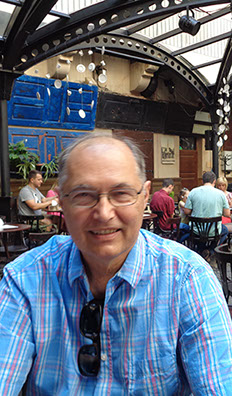 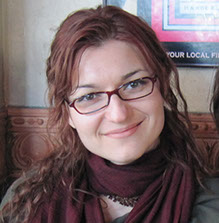 Michael Naydan is Woskob Family Professor of Ukrainian Studies at The Pennsylvania State University and works primarily in the fields of Ukrainian and Russian literature and literary translation. He received his BA and MA degrees from The American University and his Ph.D. from Columbia University. He has published over 50 articles on literary topics and more than 80 translations in journals and anthologies. Of his more than 40 books of published and edited translations, some of his most recent include Nikolai Gumilev’s Africa (Glagoslav Publishers, 2018); Yuri Andrukhovych’s cultural and literary essays, My Final Territory: Selected Essays (University of Toronto Press, 2018); and Abram Terz’s literary essays, Strolls with Pushkin and Journey to the River Black (Columbia University Press, 2016).

In 2017 he published his literary essays in Ukrainian translation in the volume, From Gogol to Andrukhovych: Selected Literary Essays (Piramida Publishers). He has also published a novel about the city of Lviv Seven Signs of the Lion (Glagoslav Publishers, 2016), which also appeared in 2017 in Marianna Prokopovych’s Ukrainian translation under the title Sim znakiv leva (Piramida Publishers). He has received numerous prizes for his translations including the George S.N. Luckyj Award in Ukrainian Literature Translation from the Canadian Foundation for Ukrainian Studies in 2013.

Olha Tytarenko received her BA and MA in English from Ivan Franko National University in Lviv, Ukraine, her MA from The Pennsylvania State University, and her Ph.D. from the University of Toronto with a specialty in Russian literature. She is currently an Assistant Professor of Practice of Russian at the University of Nebraska. With Michael Naydan she has co-translated Iren Rozdobudko’s novel The Lost Button (Glagoslav Publishers), Abram Terz’s Strolls with Pushkin and Journey to the River Black (Columbia University Press), Maria Matios’ novel Sweet Darusya: A Tale of Two Villages, and Yuri Vynnychuk’s novel Tango of Death (the latter two with Spuyten Duyvil).