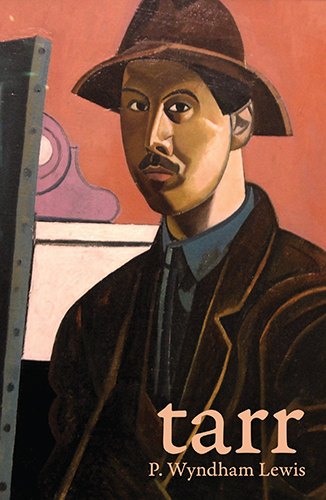 Tarr turned to Hobson, and seized him, conversationally, by the hair.

“Well, Walt Whitman, when are you going to get your hair cut?”

“Why do you call me Walt Whitman?”

“Would you prefer Buffalo Bill? Or is it Shakespeare?”

“It is not Shakespeare—”

“‘Roi je ne suis: prince je ne daigne.’—That’s Hobson’s choice.—But why so much hair? I don’t wear my hair long. If you had as many reasons for wearing it long as I have, we should see it flowing round your ankles!”

“I might ask you under those circumstances why you wear it short. But I expect you have good reasons for that, too. I can’t see why you should resent my innocent device. However long I wore it I should not damage you by my competition—”

Tarr rattled the cement match-stand on the table, and the garçon sang “Toute suite, toute suite!” 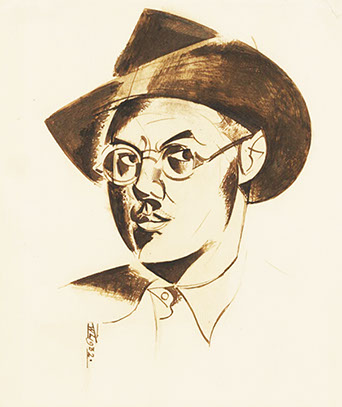 Percy Wyndham Lewis (18 November 1882 – 7 March 1957) was an English writer, painter, and critic. He was a co-founder of the Vorticist movement in art and edited the literary magazine of the Vorticists, BLAST. His novels include his pre-World War I-era novel Tarr (set in Paris), and The Human Age, a trilogy comprising The Childermass (1928), Monstre Gai and Malign Fiesta (both 1955), set in the afterworld. A fourth volume of The Human Age, The Trial of Man, was begun by Lewis but left in a fragmentary state at the time of his death. He also wrote two autobiographical volumes, Blasting and Bombardiering (1937) and Rude Assignment: A Narrative of my Career Up-to-Date (1950).