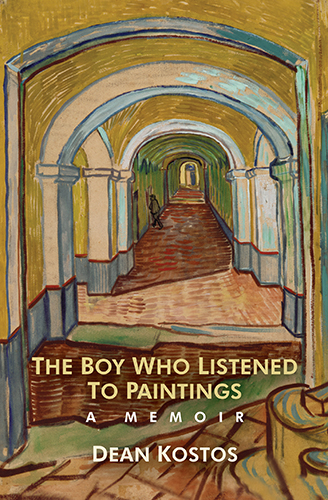 The Boy Who Listened To Paintings

Bullied to the brink of suicide, Dean Kostos spent two years in the mental hospital where his mother had stayed. While The Boy Who Listened To Paintings addresses mental illness in adolescents, in many of its most drastic guises, it also celebrates the transformative power of art, and stresses that in the formation of our multi-faceted characters, it is perhaps the darkest and longest travails, treated with both candor and humor in this memoir, that most enduringly shape us.

Dean Kostos’s harrowing and redemptive memoir, The Boy Who Listened to Paintings, is a lucid portrait of the artist as an adolescent mental patient, whose self-destructive despair is overcome by therapy, connections with other patients, painting, and poetry (‘even if the poem was about despair and suicide, it wasn’t depressing’); and at the last by the kindly intervention of influential arts patrons. We experience his nightmare through the filter of his adult survival and recovery. One of the loveliest characters is Peggy, a lobotomized teacher, who speaks lines of oblique poetry—seemingly cryptic, but also inspired. In an epilogue, he sums up: ‘I’ve done my best to reconstruct the patients’ hurts, voices, and beautiful audacity.’ His 14-16 year old Kostos has the vulnerability of Holden Caufield combined with the anguished visions of, say, van Gogh, William Burroughs, Robert Lowell, or Richard Yates.

He manages to survive … thanks to a slow realization that art itself is health.  Riveting—and outraging—The Boy Who Listened to Paintings is a warmly brilliant memoir of adolescence and mental health to inspire all of us.

This harrowing account of a boy’s (mis)treatment in a mental institution, where he narrowly missed becoming one more suicide statistic, offers much to ponder concerning highly topical issues like family dysfunction, bullying, homophobia, sexual harassment, and the failure of our society to support its young people. Tragedy here has a good outcome, though, when the victim finds his way out of the infernal maze with the assistance of art, Asian spirituality, and Christianity. Inevitably the memoir calls to mind the old narrative of Christ’s harrowing of Hell, and we greet the escapee with sighs of relief and cheers for his will to regain his health and to transform suffering into a work of art.

The grace of Dean Kostos’s texts (I would call it unconscious grace, for that is the adjective which permits all heaven as much as all hell to explode, to let fly) is the result of another effort, not even the effort to please, but merely—merely!—the will to tell the truth, to tell what happened, what didn’t. ... 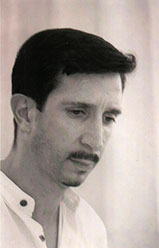 Dean Kostos is the author of eight books. His recent collection, This Is Not a Skyscraper, won the Benjamin Saltman Poetry Award, selected by Mark Doty. His poems, personal essays, and reviews have appeared in over 300 journals, including Barrow Street, Boulevard, Southwest Review, Western Humanities Review, on Oprah Winfrey’s web-site Oxygen.com and on the Harvard UP website. He has taught at the Gallatin School of New York University and Wesleyan and has held workshops for gifted adolescents at Columbia University.