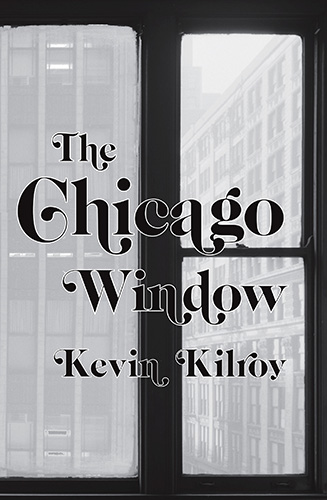 In the Penal Colony, Moby Grape,

The Chicago Window is structured similar to the eponymous architectural phenomenon: two double-hung sash novellas flanking a fixed center novel. The three panes include: Moby Grape, In the Penal Colony, and Judith Beheading Holofernes. Each of these three works deals obliquely with the gentrification of Chicago’s Near Northwest Side.

In Moby Grape, Chuck Yeager, cult detective, is about to make amends with the sins of his youth. But he's left his gun in his Santa Barbara motel room, his street smarts in Chicago, and his soul in a Paris pensionné. An invitation to celebrity winemaker Levi Seeds' wedding reveals an old friend’s vengeance that has been sizzling in the shadows—Chuck Yeager must outwit his tendered fate, as he is pulled out of the Chicago sludge to face the madness he once evaded.

In the Penal Colony is the story of a riddler hired to track down fourteen escaped lunatics who used one of the riddler’s riddles as their means of escaping. It takes place post-September 11th in the Chicago neighborhood of Wicker Park—a place and time where the high tide lines of urban decay and deformity began to disappear.

A comedic and lyrical investigation into contemporary cities, Judith Beheading Holofernes recasts Judith as an artist and Holofernes as a developer. Holofernes is on a mission to uncover the secret hideout of the pioneering artists who are the source of innovation and profit: The Fortress. Devout member of The Fortress, Judith is a Denver gangbanger turned Chicago writer, an irreverent whimsy serving to disguise her intentions while sharpening her blade.

Laird Hunt, on The Escapees

Kilroy has deftly written a philosophical mystery set in a city of crumbling ontologies, where keys are plenty, but locks are few.

Rowland Saifi, on The Escapees 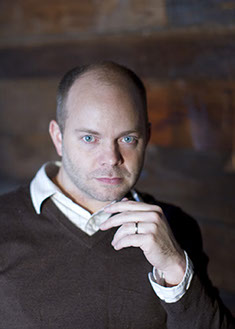 Kevin Kilroy is a writer and a teacher living in Kansas City. His stories have been published by Akashic, Dispatches, Fact-Simile, Masque & Spectacle, Hot Whiskey, Poets & Artists, Sherlock Holmes & Philosophy and others. Kevin co-founded Black Lodge Press. He is the author of The Escapees and Dead Ends (Spuyten Duyvil).

The reader might choose to consider “Moby Grape,” the title Kevin Kilroy selects for one of the two novellas in his new novel, to best appreciate the architecture that is The Chicago Window.  Architecture, here meaning both looking out of and in through the window frames.  Novel writing can be as big as urban planning or just moving the furniture around.  Kilroy’s architecture does not fall back on Collage Novel formulas, but more resembles Stravinsky’s impulse, upon entering a room, to rearrange things into their order.  For example, the novella “Moby Grape” will show up as a numbered section in “In the Penal Colony.”  A narrator informs the reader: “It is only in this room that you see me, but this room isn’t the only one I exist in,” claiming to be gifted, like a madman or a certain kind of novelist, with “the power to locate trap doors and utilize them to enter and exit rooms.”   Kilroy can make his contemporaries sound like the humorless instructor who cannot see the humor in the tasteful room’s windows in “The Philosophy of Furniture” by Poe.  Kilroy is a maestro of uncanny placement, story in story, window opening onto window.  Also, akin to the impact generated by the triple narratives in Chicago Window, ‘60s band Moby Grape’s energy was a barely controllable fusion:  individual members were happily credited for songwriting and lead singing, and everybody wrote and sang—but for more than two inspired minutes of “crosstalk” in the song “Omaha,” three guitarists trade solos, working off and against each other, bringing together unstable elements and unleashing a chain reaction of sound.  Moby Grape breaks up after band member Skip Spence on acid (the kind of guy who could be mistaken in a lineup for the narrator who opens the “In the Penal Colony” section) uses a fire axe on fellow band member Don Stevenson’s hotel door and is subsequently removed for six months in Bellevue (the narrator may be an escapee from The Fortress of Bethulia, a halfway house Kilroy names after the city Judith saves from Holofernes).

The reader might choose to consider “In the Penal Colony,” the title Kevin Kilroy selects for the novel within his new novel, to best appreciate the architecture that is The Chicago Window.  Even after repeatedly viewing Andrey Rublov until I could hold it in my head well enough to know what’s coming next, and reading sometime afterwards the statement Tarkovsky makes in an essay that “Time is a state:  the flame in which there lives the salamander of the human soul,” I remained undecided about what to think about souls in general and especially how character development necessarily warps the evolution of the film—until I read “In the Penal Colony” in The Chicago Window.  Kilroy’s lost soul narrator believes he converses with the voice of Charles Darwin on “the evolution of cunning.”  Kafka’s original story “The Penal Colony” is about the protagonist’s eventual response to a machine used for the cunning execution of a condemned prisoner, who experiences a mystical epiphany in his final six hours of life.

The reader might choose to consider “Judith Beheading Holofernes,” the title Kevin Kilroy selects for one of the two novellas in his new novel, to best appreciate the architecture that is The Chicago Window.  Kilroy, himself the sacker of Collage Novel grids, He portrays Holofernes, the notorious threat to Judith’s city, as a powerful “urban planner.”  Is Kilroy calling attention to the incongruity of his own vision of architectural beauty and the Chicago grid--he is, after all, the sacker of the planned Collage Novel—when he writes, as if seduced by a Judith of his own creation:  “But their juxtaposition—I do love how they look next to each other, this elsewhere…and this here, what we occupy now”?  A walk along The Fortress of Bethulia clears the narrator’s head before he loses it:  “[T]here are more ways than one to exit a building…It was as if the map had initially been accurate, and then corroded into this carnival of deformed imagination which I stared at now.”  In Metcalf’s Genoa, in the time before the corrosion, the apogee for the great Collage Novel is on record along with Judith’s biblical addresses.  For decades, writers inspired by the monumental architecture of Cortázar and Perec have worked at making a cultural industry of drawing up architectonic blueprint novels with trap doors and no windows.  Alas, after Cortázar and Perec, most of the writers tear down the structures of collage only to erect their own elaborate puzzles (mirroring Hopscotch) or tricks (retro-Life:  A User’s Manual); some of the newest high-rises are built to fall apart, fractal by fractal, style by style (Mallo’s Nocillo Trilogy, Mitchell’s Cloud Atlas).  Vines, graphic novels, digital humanities, and flash fiction—like a working Gutenberg printing machine created by a 3D printer—are not revolutionary.  Kilroy can make his contemporaries sound like the humorless instructor who cannot see Zeno’s paradoxes for exacting parodies of logic taken to the extreme.  I realize reading Chicago Window gave me a sensation I’d felt before, always aware of the unseen ocean, on first encountering Sebald’s Vertigo—here is a writer who has never abandoned the ambition to write the novel.