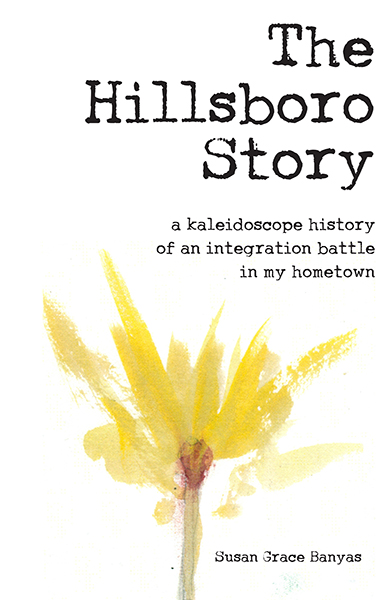 of an Integration Battle

A Black Lives Matter Movement in Small-Town Ohio: A Conversation with Shawn Captain

The Hillsboro Story is set in the writer’s hometown, near the Mason Dixon Line, during a powerful turning point in America, when the Brown v. Board of Education decision in 1954 set the stage for school integration. A single childhood memory—a protest outside her classroom window—opens into a multi-voiced tale that brings to light the courageous people who fought for integration and equal protection in the early days of the Civil Rights Movement, at a time when Cold War tensions were at their peak. Anchored by the wisdom of real people who lived through the experience, The Hillsboro Story reveals what hides in the shadows of the culture, then and now, and the deep nature of memory as a tool for empowerment and healing.

Two months after the U.S. Supreme Court rendered its momentous Brown v. Board of Education decision, an eight-year-old girl named Susan Grace Banyas, living in the small town of Hillsboro, Ohio, bore witness to a  community protest staged to support and hasten the integration of her town’s public schools, after the “colored school” was mysteriously set on fire.

Five decades later, Banyas, now a notable storyteller and artist, returned to her hometown to re-engage the childhood memory and gather the memories of the people who participated in or witnessed what was a timely and courageous civil rights action. This stirring book deserves to be widely read as our American citizenry continues to reckon with our country’s long legacy of racial injustice.

Congressman John R. Lewis, one of our longtime and finest civil rights leaders and public servants, always recommends to those attending his speeches and protests, that they “Be stirred by the spirit of history.” Susan Grace Banyas has taken his advice dearly to heart.

Like a great epic filmmaker, Susan Banyas moves fluidly between the personal and the historical, the particular and the archetypal, the internal and external. Memory has profound resonance in our time of relative truth, greed and indifference to history. This powerful book is more relevant than ever.

Susan Banyas left Hillsboro, but Hillsboro never left her - and with this beautifully written book she has recovered a fascinating but forgotten chapter in the history of the civil rights movement.

Our stories have the power to heal and transform us, but first we must find them and then dance, perform, and dream them with each other and our communities. In the spirit of the best of Studs Terkel, “The Hillsboro Story” is an inspiring model for finding and revealing the lost voices of ordinary and extraordinary people who made our American history.

Weaving her way back and forth, from the early days of the Republic until the present, Banyas has created a history that comes alive with real people whose lives were central to the racial change and backlash, the passions and struggles that engulf this country today.

History is usually taught as though it all happened a million years ago a million miles away. For eight-year-old Susan Banyas, the most powerful history of the mid-twentieth century was going on just outside her school window while the teacher read “Charlotte’s Web.” Especially in this ugly political moment, I can’t tell you how good it is to read about so many steadfast heroes firmly refusing to accept the prolongation of the evil of segregation.

The Hillsboro Story is a web of memory--personal narrative, the struggle for equality, and the pushback from power during our nation’s Cold War history. As a high school teacher I have used work by Susan Banyas as a tool to inspire my students to explore their own stories, to see how their stories relate to history, at the same time deepening their understanding of the Civil Rights Movement.

The Hillsboro Story is Susan Banyas' fond yet clear-eyed view of her hometown. I have been fortunate to have met some of the principal characters of the Lincoln School history; and thanks to Susan, I now have story to hold my own memories. 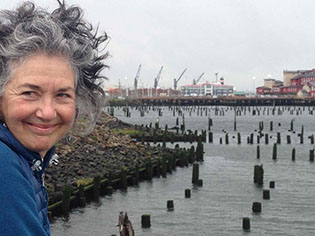 Susan Grace Banyas is a multi-media artist and choreographer. She was raised in Southern Ohio and lives on the West Coast. This is her first book.