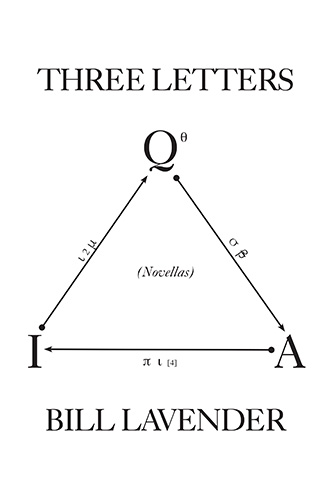 In the tradition of Cervantes, Voltaire, Lacan, Deleuze, Raymond Chandler, and Sophocles, this trilogy of novellas follows the progress of a character (dubbed, ominously, Q) struggling to extricate himself from the grip of History and begin again the Sisyphean struggle to reform humanity. Blessed with the gift of fluid identity, Q evolves from his quaint suburban beginnings to become a tramp philosopher, preacher, guru, then hardened private detective ferretting out the cause of all the hubbub.

With this travesty of a trilogy, Bill Lavender joins the ranks of Joyce, Proust, Gaddis, Pynchon, Bolaño, Wallace and other masters of massive novels no one reads but everyone needs on their shelf. Herein you will find a cast of characters who morph with such rapidity you can’t depend on them to have the same name (much less gender, occupation, motivation, diction, etc.) from one page to the next, declaiming to each other in statements plagiarized from everyone from Gorgias to Boy George, plotting their way through a swamp of a story with no inkling of a purpose. Highly recommended. 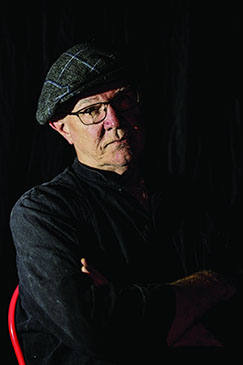 Bill Lavender is a poet, novelist, and publisher living in New Orleans. My ID, his eleventh book of poetry, was published by BlazeVOX in 2019. His verse memoir, Memory Wing, called by Rodger Kamenetz “a contemporary autobiographical masterpiece,” appeared in 2011. He is the founding director of the publishing house Lavender Ink / Diálogos, and he is the co-founder of the New Orleans Poetry Festival.