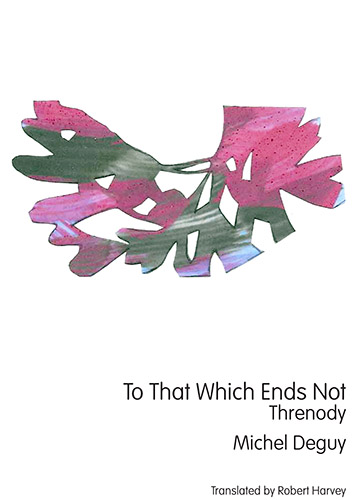 To That Which Ends Not

translated from the French by Robert Harvey

This stunningly singular—indeed all but unclassifiable—work is neither simply an elegy for the poet and philosopher Michel Deguy’s wife of forty years nor simply a work of mourning. There is almost nothing here, in Deguy’s sharp poetic prose and philosophical ruminations, of emotion recounted in tranquility. Rather, these often astonishing pages etch the jagged edges of anguish experienced in the immediate aftermath of the profoundly affecting death of one’s beloved. In these fragments written from deep within the solitude of mourning, the entire horizon of life and love shudders and falls prey to the erosion of meaning caused by the interruption of death. Here memories and intimate details from forty years of shared life lend urgency to philosophical exegesis and analysis, carried out in dialogue with his own work and with the tradition. Memories send him rummaging through his books, excavating his oeuvre for traces of a presence now marked by absence. And his attentiveness to life and language sends him into the traditions of poetry and thought that have informed his work for decades, from Homer and Heraclitus to Heidegger, Baudelaire, Blanchot, Derrida, and Nancy. Robert Harvey’s accurate and astute translation and notes are always attentive to Deguy’s allusiveness and linguistic invention.

Michel Deguy stands among the great poets and philosophers of France. Friend to the most enduring thinkers of our era--he has collaborated with Derrida, Lacoue-Labarthe, Nancy and others—he writes with desperate acuity. A subtle endurance fighter, Deguy rocks out of his hellhole just long enough to tell us what it means to crawl through the death of a beloved and intimate companion. He delivers a gruesome and utterly beautiful testimony to the daily invasions of loss.

Erudite yet intimate, allusive but also profoundly personal, To That Which Ends Not records the (endless) search for a language to translate what Deguy calls “the irreparable”—the terrifyingly disproportionate experience of a death which obliterates every adequate locution. Robert Harvey’s sober, thoughtful translation, at moments quite literal, offers the Anglophone reader a richly textured version of this agonized, agonizing act of mourning. 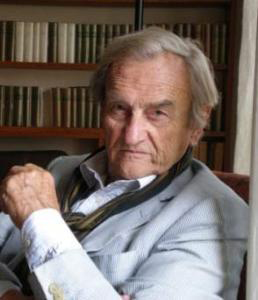 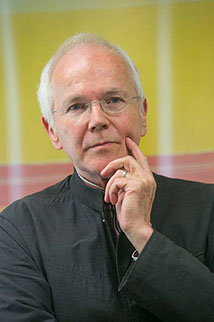 Michel Deguy is a poet and Professor Emeritus of philosophy and literature at Université de Paris VIII (Vincennes at Saint-Denis).He is past president of the Collège International de Philosophie (1989-1992), the Maison des écrivains, and the Centre International de Poésie (Marseille). Deguy is founding editor of the journal, Po&sie and an editorial board member of both Critique and Les Temps modernes. After the Fénéon, Max Jacob, and Mallarmé prizes for various works, Deguy received the Grand Prix de Poésie in 1989 and, for Po&sie, the Encyclopedia Universalis prize. Among Deguy’s 21st-century books are La Raison poétique (2000), Desolatio (2007), L’état de la désunion (Galaade, 2010), Poésie et écologie (2016), L’envergure des comparses (2017) and Poèmes et Tombeau pour Yves Bonnefoy (2018).