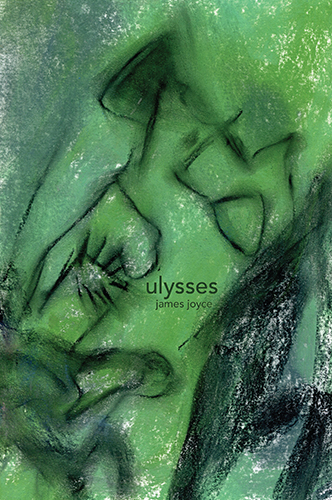 STEPHEN: Here’s another for you. (He frowns.) The reason is because the fundamental and the dominant are separated by the greatest possible interval which...

THE CAP: Which? Finish. You can’t.

STEPHEN: (With an effort.) Interval which. Is the greatest possible ellipse. Consistent with. The ultimate return. The octave. Which.

(Outside the gramophone begins to blare The Holy City.)

STEPHEN: (Abruptly.) What went forth to the ends of the world to traverse not itself, God, the sun, Shakespeare, a commercial traveller, having itself traversed in reality itself becomes that self. Wait a moment. Wait a second. Damn that fellow’s noise in the street. Self which it itself was ineluctably preconditioned to become. Ecco! 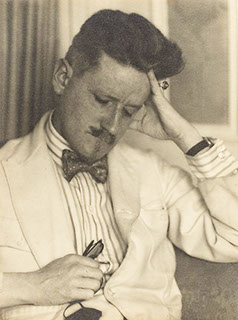 James Joyce (2 February 1882 – 13 January 1941) was an Irish novelist, short story writer, and poet. He contributed to the modernist avant-garde and is regarded as one of the most influential and important authors of the 20th century. Other well-known works are the short-story collection Dubliners (1914), and the novels A Portrait of the Artist as a Young Man (1916) and Finnegans Wake (1939). His other writings include three books of poetry, a play, his published letters and occasional journalism.