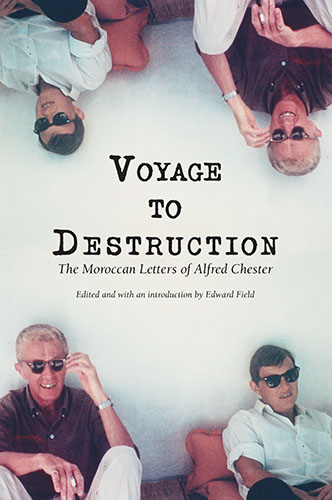 “Returning from Europe to New York in l959, he soon found himself sought after, not for his fiction, to his dismay, but for his essays and reviews, by such high intellectual journals as Commentary, Partisan Review, NY Review of Books, which have been collected in Looking For Genet (Black Sparrow Press, l992). His reviews were never hackwork, though, and if occasionally unfair, even bitchy, were the product of his shrewd literary intelligence. I think he, himself, saw them primarily as performances, or entertainments. He would never have admitted it, but writing for money brought his splintered character into focus and coherence. Not only Esquire magazine, which published one of his stories, but Mademoiselle, placed him among the “hottest” writers of l963, including Anthony Powell, Dawn Powell, Robert Lowell, W.D. Snodgrass, James Baldwin, and William Gaddis, which could not but be flattering. But he remained uncomfortable with that part of his career. It was to escape this success as a literary critic that was sidetracking his unfinished novel that, after throwing a wild party and burning his furniture, he left New York with not much more money in his pocket than the landlord was paying him for vacating his apartment.”

Edward Field, from the introduction