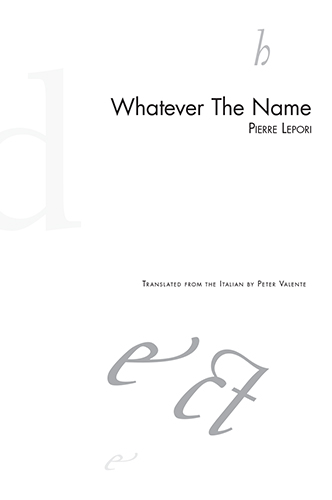 Translated from the Italian by Peter Valente

This intense and compact collection of poetry divided into two sections tells the story of a revolt against silence in the face of traumatic family secrets. The collection starts in the form of a dream-like dialogue with past generations, followed by a section concerning a physical experience from Leopri’s early childhood and culminates, in the second section, with a supplication for change in our morally and ethically restrictive society. His poems allow the reader to face his or her existential fears as well as the pain of child/parent relationships with all their differing realities and myths. 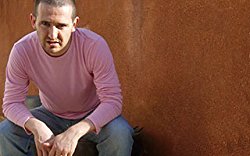 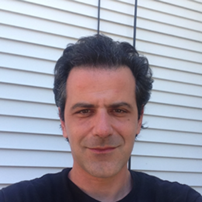 Pierre Lepori was born in Lugano in 1968, studied in Siena and Bern (Dr. degree), and is now based in Lausanne (French-speaking Switzerland) . He is a writer and translator, and a journalist for the Swiss public radio network. He has trans­lated French literature into Italian, including authors Monique Laederach, Gustave Roud, Claude Ponti. His literary works include: ‘Qualunque sia il nome’ (Schiller Prize for Poetry, 2014), ‘Strade bianche’ (2011), and three novels: ‘Grisù’ (2007), ‘Sexualité’ (2010) and ‘Come cani’ (published in Italian and French, with a self-translation). He’s founder of Hétérographe, revue des homolittératures ou pas: “a queer literary review, and directs the Company ” Théâtre Tome Trois” (TT3, Lausanne).

Peter Valente is the author of A Boy Asleep Under the Sun: Versions of Sandro Penna (Punctum Books, 2014), which was nominated for a Lambda award, The Artaud Variations (Spuyten Duyvil, 2014), Let the Games Begin: Five Roman Writers (Talisman House, 2015), a book of photography, Street Level (Spuyten Duyvil, 2016), and the chapbook, Forge of Words a Forest (Jensen Daniels, 1998). He is the co-translator of the chapbook, Selected Late Letters of Antonin Artaud, 1945-1947 (Portable Press at Yo-Yo Labs, 2014), which includes six of Artaud’s letters, and has translated the work of Luis Cernuda, Gérard de Nerval, Cesare Viviani, and Pier Paolo Pasolini, as well as numerous Ancient Greek and Latin authors. Forthcoming is a second book of photography entitled Blue Book (Spuyten Duyvil, 2016), and a translation of Nanni Balestrini’s Blackout (Commune Editions, 2017). In early 2019, City Lights will publish all 33 of Artaud’s late letters with an introduction by Stephen Barber. In 2010, he turned to filmmaking and has completed 60 shorts to date, 24 of which were screened at Anthology Film Archives.