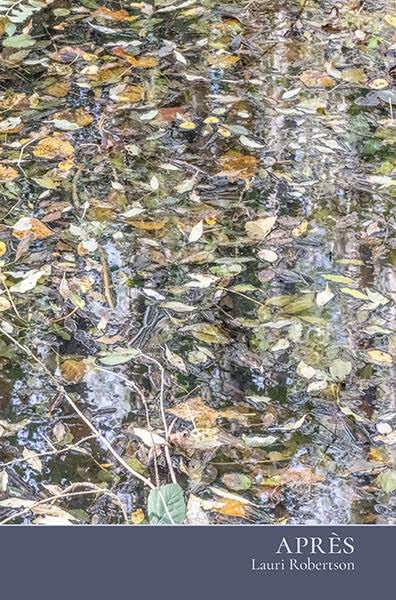 In her expansive 4th monograph, Après, Lauri Robertson offers poems that are baldly, powerfully sincere, and others said with a wink. The year 2020 finds her in a neglected garden feeling overwhelmed by George Floyd’s death: We come here to love/all we’ve ever loved, to reach beyond/anything we’ve ever touched or seen/or to do nothing but sit among crazy vines. The protests have been “spring-loaded” by the pandemic, and she chastises herself to Speak up, white woman. What will you say? The topical is, however, a layered, complex matrix of the intimate and universal. To amplify, interrogate, or contain emotion there are surprising turns if not moments of whiplash, like cats who …suddenly/need to groom, a fine/displacement (for all of us). With sustained gestures of gravity, wit and affection, Robertson gives us …light/crossing one’s eyelids/as if touch, rendering/the story of who/we really are.

In Après, Lauri Robertson takes the reader on familiar and companionable tours—revisiting marriage, her menagerie (hedgehog, bat, rabbit, fish, and forever cats), our bodies, and coming to the end. Yet there is more. From an abandoned garden in a French village, she gives voice in call-and-response to the shocks après the pandemic and the killing of George Floyd. "The Secret Garden" poems bring to mind the hortus conclusus of the Middles Ages, here a transitional space between lyric and public. The personal and political are entwined as the poet pays her respects to Toni Morrison and Adrienne Rich. Throughout the collection, Robertson’s candor and asides to herself and the reader hold us close to her poetic voice.

Robertson’s intriguing new volume of delightful and challenging thoughts and memories speaks to one’s singular heart. Darting from the cauldron of COVID to the secret world of nature and animals, on to issues of #BLM and through the essence of language and thought, she captures our imagination. Her poems are bold, nuanced, and wise. Carefully crafted rage, bereavement, humor, and echoes of progenitors abound. Robertson’s work can be deceptively plain spoken or natively highbrow. She is, in essence, a ‘poet’s poet’ both passionate and bemusedly skeptical about her own endeavor. 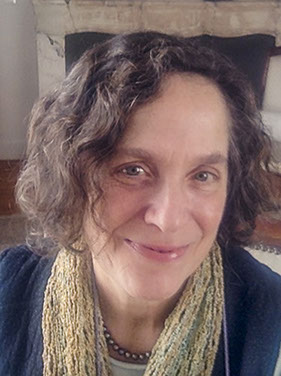 Lauri Robertson has written poetry for many years—Adrienne Rich was her mentor. Après, or “After”, referring to the convergence of the pandemic and #BLM is her 4th monograph. Lauri is a psychiatrist / psychoanalyst formerly on the clinical faculty of Yale Medical School. She lives in New Haven, CT and Pontlevoy, France.