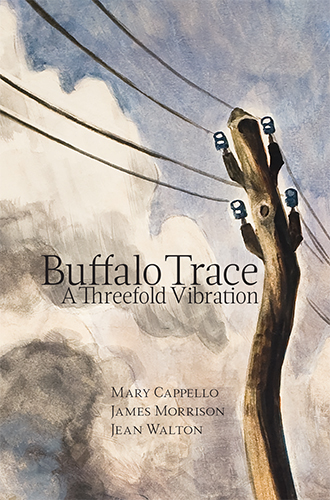 A compelling hybridization of sex and critical theory. —Kirkus

What a remarkable and beautiful book this is: three brilliant writers each describe in these essays how, to borrow a phrase from Nietzsche, a person "becomes who one is." The book insists that love, self-becoming, and thinking cannot be separated, and, through a series of portraits and meditations, it shows how a largely forgotten corner of the world became a portal for these three to a world that could be known, inhabited, and acknowledged. This is one of the great books about education.

Charles Baxter, author of The Soul Thief and There’s Something I Want You to Do

At a time when the university humanities are under siege, this heady, fascinating trio of novella-length autobiographical accounts of grad school literary studies is an absolute treat: bracingly honest, self-aware, witty, probing, exquisitely written, lucid and humane. What's been missing in most current memoirs is the subjects' intellectual growth, alongside their traumas or sexual adventures. This book has it both ways: the romance of learning and pedagogy merging with an education in eros. Its mixture of enchantment and rue feels just right. It should be read by every graduate student, every professor teaching in grad school, and everyone contemplating applying to grad school—plus everyone else looking for a lively, stimulating read.

Phillip Lopate, author of A Mother’s Tale and To Show and to Tell

Buffalo Trace is a gloriously honest, richly triangulated, generous, shimmering portrait of a generation. In coming of age, coming out, and coming into various kinds of self-determination, its authors—and we—become accomplices in the ancient mysteries of love and theft, confusion and knowledge, doubt and the most bafflingly powerful of recognitions. This collective work is the stuff not just of shared lives but of shared consciousness, lovingly tracing “by what strange paths any of us finds the other.”

By following the tenderly intertwined intellectual and sexual awakenings of three friends, Buffalo Trace: A Threefold Vibration eroticizes academia. Their stories embrace the contradictions and rigors and limitations of academia, and yet this trilogy of essays can also be read as an ode to Buffalo, the deeply American town that provided cover and even salvation for these three writers. Who can resist the assertion that “Buffalo was itself a kind of Paris of the rust belt”? Ultimately, this is a love story, among friends, lovers, literature, and even Buffalo.

Lucy Jane Bledsoe, author of A Thin Bright Line and The Evolution of Love

Smart, honest, and beautifully written, these three tales of grad school life in the 1980s could be called Love in the Time of Deconstruction. A hothouse world of brains, bodies, books, and doubt (in Buffalo, no less), it's all a bit mad, but in the exciting, necessary way of life in your twenties. Buffalo Trace: A Threefold Vibration is a strange, original, wonderful book.

Christopher Bram, author of Gods and Monsters and Mapping the Territory

Lambda Literary, Academia and Queerness in Buffalo, New York During the 1980s 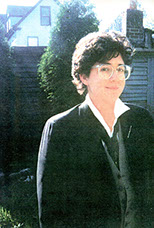 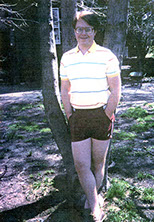 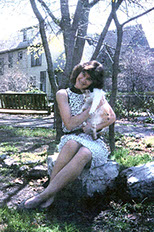 Mary Cappello is the author of Night Bloom; Awkward: A Detour (a Los Angeles Times Bestseller); Called Back; Swallow, based on the Chevalier Jackson Foreign Body Collection in Philadelphia’s Mütter Museum; and, Life Breaks In: A Mood Almanack. She is the recipient of a Guggenheim Fellowship in Nonfiction and a 2015 Berlin Prize. marycappello.com

James Morrison is the author of Broken Fever, The Lost Girl, Everyday Ghosts, and several nonfiction books on film. His collection of stories, Said and Done, was a finalist for a Lambda Literary Award in 2010. He teaches film and literature at Claremont McKenna College and lives in Los Angeles.

Jean Walton is the author of Fair Sex, Savage Dreams: Race, Psychoanalysis, Sexual Difference as well as essays on film, modernism, and culture in Critical Inquiry, differences, Discourse, and Hotel Amerika. Mudflat Dreaming: Waterfront Battles and the Squatters who Fought them in 1970s Vancouver appeared with New Star Books in 2018.