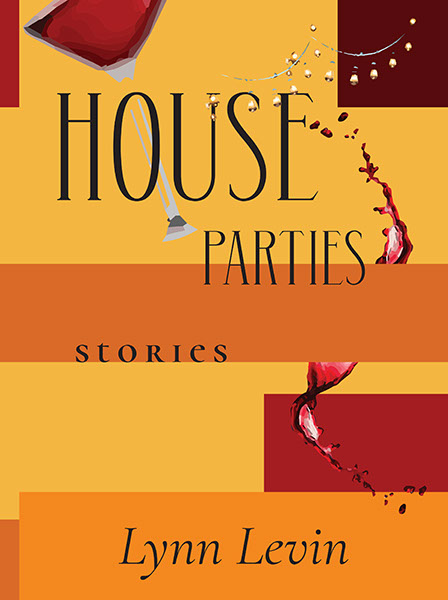 With a deft command of comic distance and abiding compassion for her characters, Lynn Levin in House Parties, her debut collection of short fiction, presents us with a broad range of characters who ardently, foolishly, and often with weird invention, relentlessly spar with their fates.

Three friends hike through Yosemite in search of an awe-inspiring waterfall that may or may not exist…a girl on a high-school science trip finds herself abandoned on an island inhabited by aggressive monkeys…a lonely young rabbinical student creates and animates a female form only to see her beloved creature acquire free will…overwhelmed by surveys, an office worker rebels à la Bartleby…a couple believes that a move to a friendly and sophisticated exurban neighborhood will set the stage for happy marriage.

Many of the characters in House Parties see themselves with a certain bemused humor and strive to stay self-possessed even as they struggle against the strange and undeserved things that happen to them. At other times, the characters—sometimes successfully, sometimes not—keep trying to escape the gravity of a plight they created or a problem they refuse to resolve. In observant and generous prose, Levin writes in tones that range from the wry, witty, and hilarious to the lyrical and deeply serious.

“Lynn Levin’s The Minor Virtues is such a lovely honoring of the small, the minor sweetnesses that life is made of.”

Ross Gay, author of Inciting Joy and The Book of Delights

The Minor Virtues is listed as one of Spring 2020's best books by The Philadelphia Inquirer. "She's a poet whose often quirky poems may start small but always invite you to a journey worth taking."

“The subjects of these unpretentious but tantalizing poems range from the domestic and the everyday to the mythic and the religious. Lynn Levin is a poet of the disused, the broken, the modest, and the unrecovered. She is also a poet of restitution and repair. From the grocery store to the classroom, from breastfeeding to adolescence to deathbed, from past to present, and from home to abroad, the arc of her poems is that of the life we all lead. She offers us gentle examples of how to lead it. Her many virtues, variously presented and contained here, are more than minor. Maturity, wisdom, and wit are among them.”

Spiegelman, author of Seven Pleasures and Senior Moments: Looking Back, Looking Ahead

"Lynn Levin's The Minor Virtues aims to notice and portray the beauty of the world through all the seemingly mundane objects and small kindnesses that make life more enjoyable. Many of the poems either praise or lament the loss of something from the past, whether it be table etiquette—in the poem ‘On Knowing One's Goblet at the Banquet Table’—or the good old days of handwritten letters and cards—in ‘Writing in Longhand.’ In ‘Lilith, the Scribe’ and ‘Lilith Tries Online Dating,’ Levin relies on both Midrash and humor to imagine Lilith trying to write her own story down for future generations. Levin's observations of the minor pleasures in life, enhanced by her use of rhyme and humor, make The Minor Virtues a very enjoyable read."

“Lynn Levin has taken some minor virtues—and a good deal else besides—and turned it all into major poetry."

"As they say on Twitter...BOOM! Dazzling displays of craft abound as in the sonnets 'The Notebook' and 'People Can Get Used to Just about Anything,' and just-plain-beauties like 'The Language of Wildflowers.'"

"Levin writes with ferocious tenacity, all arterial memory, lust, found power, and raw regret like you imagine a Miss Plastique would be if she were real."

"In this accessible, outrageous, entertaining book, Lilith and Eve appear in funny, Rabelaisian poems that take place during shopping at the mall or strolls in the garden. Miss Plastique is fun, thought provoking, and paradoxical—an excellent read for anyone interested in the difficulties of existing as a modern and/or historical woman."

"The poet's signature, razor-sharp wit and critical eye toward contemporary life give way to an underlying reverence for the tenderness and vulnerability of the human heart. Lynn Levin's poetry exhibits sophisticated craft and clear-eyed passion, yet never at the expense of hard truths and life's conundrums."

“Sharply drawn, rueful, candid—these poems are a charm against solemnity and pretension: serious and playful by turns or at once, with a bright flare for comedy, a care for the sorrows of our kind, and a wariness of great expectations. Marked by a deep affection for our ephemeral and fretful selves, Fair Creatures of an Hour disarms and delights with its piquant, edgy, penetrating portraits of us all.”

“Lynn Levin’s poems are funny and wry reflections on, and of, the human condition.”

“So much excitement, such a rush of vitality! These are scintillating, hilarious, wistful poems. Lynn Levin should have a patent on the language she invents.”

"Most of the poems in this collection aren't difficult; they're not even deceptively simple, but they're sparkling and intelligent and sometimes wise. People who say they don't like poetry might well like this."

"Levin's tone changes to mostly comic in a series of horoscope poems spoken in the voice of a sometimes compassionate, sometimes judgmental fortune teller. The comedy aside, Lynn Levin is also adept at beautifully rendering human relationships, as she does in ‘The White Puzzle,’ in which a sister and brother fit together the many blank pieces of a puzzle. The poem captures a magical memory and is rife with metaphoric possibilities—the white puzzle, described as snow, a page, moonlight, and space, could easily signify youth, life, innocence, the unknown, or even the poem itself.”

“Levin knows her craft, but isn't willing to obscure her knowledge with abstract subjects that won't connect with her readers. These poems all connect and hold universal appeal.”

“Lynn Levin does not only see the world around her in a surprising and original way, but watches the way her own mind works to produce those quirks and red herrings, which testifies to a great originality. I find the title of this collection ironic. But the irony comes from the poet's testimony of survival rather than that of ephemerality of poetry and life.”

"The poems in Lynn Levin's second book, Imaginarium, reveal a mature heart smitten by the elusive promise of happiness in a blemished world. Her poems juxtapose hope and cynicism, beauty and tragedy, and loss and fulfillment with such finesse that the seamless twists and turns of logic invite multiple readings. "

"Some of the poems in Imaginarium resemble the work of Polish poet and Nobel Prize winner Wislawa Szymborska in the fresh yet critical eye they cast upon the ordinary. The poems are lean, finely wrought, specific, and startlingly direct, contemplating everything from the end of the world to she-bats."

“What I love about Lynn Levin’s poems is how she gives herself up to excess and extravagance. This is her road to the spiritual.”

“Using canny procedural approaches, Fox and Levin provide a genial and generous prompt-book for anyone wishing to write poems that are contemporary in their flavor but often traditionally inspired.”

Gregory Djanikian, author of So I Will Till the Ground

"Authors Valerie Fox and Lynn Levin provide 18 entertaining and motivating prompts that range from the light-hearted to the serious and challenging. This is an excellent book for poets and for teachers of poetry."

“A haunting gallery of indigenous painters from colonial Peru, most anonymous, is mapped out by Quechua poet Odi Gonzales in this admirable collection. Through Lynn Levin’s lucid renditions, the painters’ eyes become ours, and so does Cusco, the heart of the Inca Empire. Poetry, Gonzales persuades us, is a tool to unveil the past, to come face to face with history.”

Editor of The FSG Book of Twentieth-Century Latin American Poetry

"Rich and complex in its exploration of syncretism, subversion, history, art. Levin's translations (undertaken in collaboration with Gonzales), combined with her incredibly helpful footnotes, successfully open the poems to Anglophone readers, while the bilingual format ensures that readers of Spanish can enjoy Gonzales's subtly musical verse in its original language. These poems recover voices we may not have realized were lost—and they have much to tell."

"What an amazing project the poet and translator Lynn Levin has taken on here, to translate what she calls, in her detailed introduction, a ‘poetry collection as [a] living and talking museum.’ Birds on the Kiswar Tree, presented here in both the original Spanish and in Levin's lucid English translation, is a compelling series of poems that takes us on a verbal tour of a museum or gallery of works painted by under-appreciated, indigenous Inca-Peruvian artists of the 16th and 17th centuries. The book, by Peruvian poet of Quechua heritage Odi Gonzales, is a virtual documentary of these artists as they quietly defy their colonial oppressors." 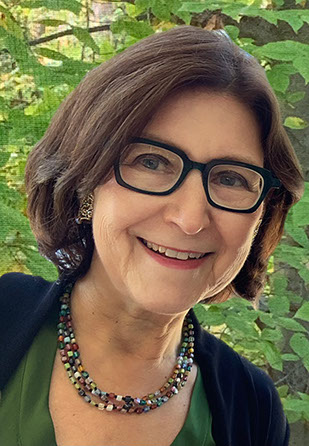 Lynn Levin is a poet and writer. House Parties is her debut collection of short fiction. Levin’s previous books include the poetry collections The Minor Virtues (Ragged Sky, 2020) and Miss Plastique (Ragged Sky, 2013). The co-author of Poems for the Writing: Prompts for Poets (Texture, 2019, 2013), Levin is also the translator from the Spanish of the poetry collection Birds on the Kiswar Tree by Odi Gonzales (2Leaf/U of Chicago P, 2014). Her poems, short stories, essays, and translations have appeared in Boulevard, The Hopkins Review, Southwest Review, Michigan Quarterly Review, Valparaiso Fiction Review, The Broadkill Review, Cleaver, Mandorla, Solstice, and many other places. Lynn Levin was born in St. Louis, Missouri and lives in Bucks County, Pennsylvania. She teaches writing and literature at Drexel University, and, for many years, taught creative writing at the University of Pennsylvania. Her website is lynnlevinpoet.com.