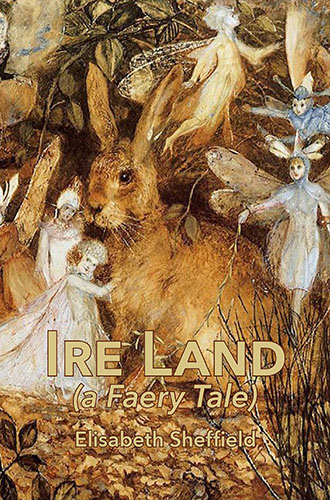 Elisabeth Sheffield’s Ire Land is an exquisite construction--as sly as Nabokov, as tender as Beckett, deeply intelligent and run through with heart and dark hilarity and great waves of rage and beauty. It possesses an undeniable cumulative power and a level of invention that is both thrilling and poignant.

Elisabeth Sheffield translates the merely geographical into the intensely psychological here, transforming Ireland into Ire Land, which is to say the land of wrath, in which the parenthetical faery tale of the title in part points to the theoretical shenanigans of a certain sort of easy, essentialist, ageist feminism we found in the sixties, seventies, and eighties particularly, and post-structuralism generally. Both prose and thought throughout are ever sparky and surprising, even as they are shot through with a piercing recognition of and negotiation with growing older as a woman in ways that complicate the youthful utopian riot-grrrl clichés — the distance between, say, granny hair worn as a fashion statement by twenty somethings and the bewildering real deal of continuous cellular undoing. The result is ever smart, crisp, astute, revealing, ironic, and richly (sometimes downright brutally) honest, mischievous in form, heart-hammering in its Beckettian comic vision, and impressive in its Nabokovian command over textual and paratextual material shot through with a meticulous knowledge, understanding, and intellectual bite.

—Lance Olsen, My Red Heaven and Theories of Forgetting

Ire Land confronts the unholy trinity of gender, violence, and literary representation as Elisabeth Sheffield dares to reveal an ageing female with a deliciously disastrous life in protagonist Sandra Dorn.  An unorthodox homage to Samuel Beckett’s Molloy reborn as woman, Sandra is a conundrum, unapologetically human, outrageous, and absurd.  At a time when society expects her to fall into the cliché of a harmless older woman, Sandra is wonderfully complex, ingeniously flawed, yet so difficult that society doesn’t know what to do with her.  For these very reasons, she is all the more present for having disappeared.  The reader searches for Sandra in emails, in the marginalia of her mysterious editor, in her abandoned children and estranged siblings, and in her cagey colleagues to find a fully complex woman both known and unknowable.  Refusing to fall into neatly gendered traps of narrative and linguistic cliché, Ire Land frees the reader from the cultural violence of language with dazzling insight and dark humor.

Ire Land is a formally inventive novel in which the borders between human and animal, dream and reality and art film might dissolve. A novel that both engages with theory and laughs at its insufficiency. A feminist novel with no patience for sentimental ideas about aging bodies, and a queer novel that casually mutates the idea of queer. Elisabeth Sheffield has given us a novel that takes death and non-being seriously, meaning comically—that allows an aging—disintegrating—human to speak combatively on behalf of her own lived experiences and confusion, the traps she’s fallen into, and the desires born from the swamp where biological life meets representation. A brilliant, entertaining, and necessary book.

In vibrant scene and fearless prose, Elisabeth Sheffield rescues the female body—in its multitude of forms, its metamorphoses, its grotesqueries, its sexualities, its imperfections, and all of its beautiful animal truths—from idealization, idolization, and the tight grasp of those who don’t truly see her but write her nonetheless. 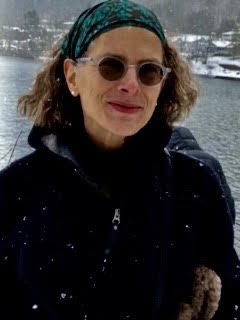 Elisabeth Sheffield is the author of four novels, Ire Land (A Faery Tale), published by Spuyten Duyvil (2021), Helen Keller Really Lived (FC2 2014), Fort Da: A Report (FC2 2009), and Gone (FC2 2003), as well as a critical book on James Joyce.  A National Endowment of the Arts Award for Literature Fellow in 2012, Elisabeth Sheffield has also been awarded two Fulbrights, in Kiel, Germany (1999-2000), and in Belfast, Northern Ireland (2014), and a writing residency at the Hanse Institute for Advanced Study in Bremen, Germany (2016-2017).  She teaches in the Creative Writing program at the University of Colorado at Boulder, and lives in Boulder and upstate NY with the writer Jeffrey DeShell, two boys, two cats and a shiba inu.