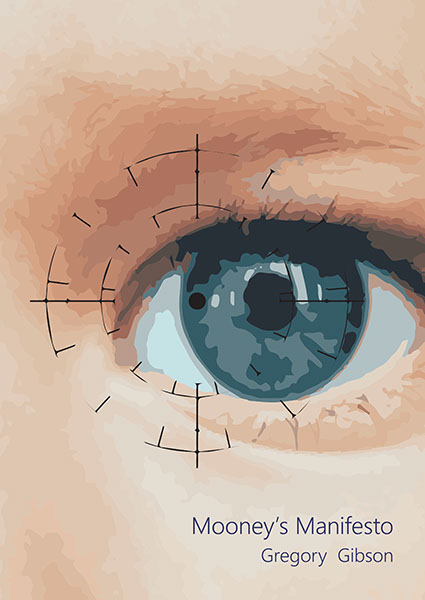 "A profoundly unsettling, original, and artistic portrayal of gun violence"

Most survivors of gun violence must bear the burden of uninvited fantasies of revenge. First against the perpetrator, then as the nightmare leaks into the waking world, against them – the cynical, morally deprived, depraved system that let it happen, that keeps letting it happen. Explored and "downloaded" by the author – himself a victim of American gun violence – a version of such a nightmare into Mooney’s Manifesto.

Against Sisyphusian odds, Greg Gibson keeps his balance, and excellent dialog with himself, strengthened by irony and love of the world, throughout this tragic book depicting a person’s Ultimate Struggle with losing an utterly loved son to “random” gun violence. The shocking conclusion of the book will force any reader to come to terms with what really needs to occur to “knock some sense” into a great nation now weighed down with violence, gun-buttery, and very unnecessary tragedies.

When somebody tells you a terrible story, calmly, in measured tones, you will never forget where it happened. The only survival technique is to move the action into the landscape, as framed in the screen of a car. I thought when Greg Gibson spoke, both of us looking straight ahead, that writing a book might be the first step towards surviving whatever else was coming in a changed life. Mooney's Manifesto is not that story, but it is a spare fiction authenticated and driven by the madness of reality in a country where these things happen. A country that is soon to be everywhere. This is a powerful counterweight to that madness, written out of the sanity of loss and pain, into justified anger. 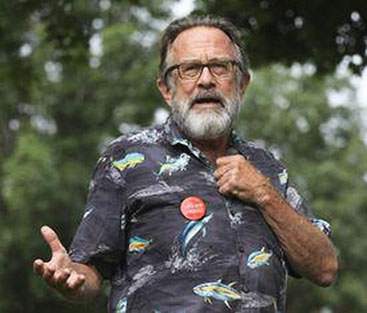 "After college I spent 4 years in the Navy, reading Pound and then Olson and, of course, the dozens of writers those giants insisted one must have familiarity with, before even thinking of adding a word to the conversation. Oh, I aspired to those heights! But time carried me to a different place. I’m an antiquarian book dealer and a writer, so I’ve got the best of both worlds.

I began in the bookselling trade in 1976 and had been an inveterate scribbler since the 1960s, but I didn’t become a writer until 1999. Sadly (“ironically” doesn’t seem apt here), I’m a writer because my son Galen was killed in a school shooting in 1992. In in the wake of this event, in order to keep from harming or killing myself or anyone else, I determined to pour my energies into answering the question foremost in everyone’s mind, mine foremost – “How could this have happened?”

A lengthy and therapeutic investigation led to my first book, Gone Boy, followed by four more books. And now this calm, demented one."