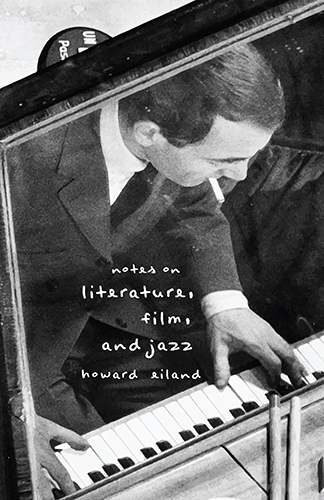 Notes on Literature, Film, and Jazz

… I guess I’m most energized by qualities in works of art (and thought) which manage quietly but not unobtrusively to recline in Reality but which at the same time in their expression are unruly, difficult to center. Even though Eiland’s writing never seems not to have a center, it simultaneously very often generates exactly this energy. I don’t know how he does it, but it’s a great gift to have.

Weaving through a host of “classic” texts—literary, cinematic, and musical—these notes of a close reader set up echoes and reflections across signature moments.

More explicitly than most other of Kafka’s fictions, “The Metamorphosis” is concerned with cleanliness, with drawing boundaries and elimination, the unseemly connection between the sacred (the right food) and the obscene. As humorous. Humor was Kafka’s salvation, a gift of writing as the most serious form of play. The marvelously detailed evocation of Samsa’s bug body—leaving aside the fact that the bug himself is more humane than any of the humans—is a great achievement of the moral imagination, like Bloom’s rat.

One of the keys to Sternberg’s style—and it might be said that he and Welles are the great stylists of American film—is the alternation of baroque articulation of spatial depth with plain, barely detailed surface: in Blonde Venus, the nooks and crannies of the bar into which cunning Helen leads the detective alternating with the fine pale mask of Dietrich’s face.

It’s as if, in this moment-to-moment recursive vigilance, making for a virtually composite mode of construction, [Steve Lacy] shifts perspective a little with every phrase, so that each move and each elegant or disconcerting transition brings about an unexpected melodic inflection, as if the song were constantly beginning anew in musical metamorphosis.

Howard Eiland’s Notes on Literature, Film, and Jazz is a highly erudite and courageous inquiry into the arts. It addresses a dissident force in art while discussing an impressively diverse range of works and ideas in literature, film, and jazz. For instance: Shakespeare, Cervantes, and Jane Austen mix with Dickens and Kafka; Carl Dreyer intersects with Mizoguchi, Bresson, Lynch, and Madden; Eric Dolphy and Cecil Taylor process Schoenberg, Berg, and Webern. In a quasi-musical way, Notes interweaves elements within and between works—elements that open onto the unknown in an utterly questioning and self-questioning way. Eiland’s eloquent writing itself exemplifies this “aesthetic,” if it may be called that; the writing is enthralling in its capacity to challenge both the works examined and those who would assess them. Notes focuses on those energies in art that enact image spaces and spatiotemporal alterations in which life is never quite what it seems to be. This extraordinarily original book will interest all concerned with broad implications of developments in literature, film, and jazz. 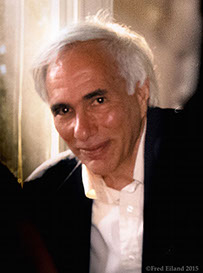 Howard Eiland is a critic and translator who grew up in the American South and Midwest, attending college and graduate school at a time when film societies abounded on campus and jazz was resurfacing on radio. He is the author, with Michael W. Jennings, of Walter Benjamin: A Critical Life.