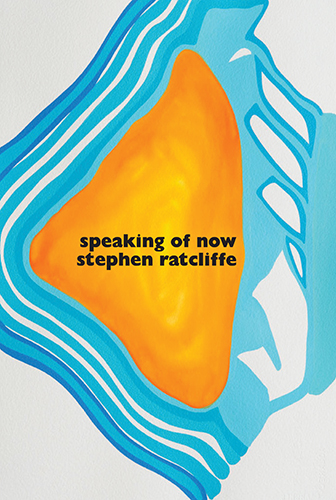 Stephen Ratcliffe wrote these 14-line poems in the 1980s in Bolinas California, where he has lived since 1973.

On Rocks and More Rocks

These two book-length meditations explore, with measured attention and endless affection, how the mind walks the body farther than it could ever walk itself, and makes it, in fact, walk out of itself and into a beyond populated by Shakespeare, Oppen, Catullus, Pound, and so many others, all counting each syllable as a step in a journey whose goal is itself.

The ordinariness of the uncanny in the paratactician's dream: Attention, drift, perception, modulation, citation, repetition, speculation, description, reflection, observation, insinuation. In Stephen Ratcliffe's Selected Days, each day is much like the next. The difference is poetry.

Stephen Ratcliffe has long been my hero: fearlessly writing essays on the most restive texts of contemporary poetry as if it were a matter of course and quietly conducting some of the most radical experiments himself, with a humility rare for an avant-garde accustomed to grandstanding braggadocio. In the poems collected here, conceptual and grammatical grids serve as screens with which to capture the fragile phenomenology at the intersection of perception and thought. In the process, Ratcliffe has performed quotidian observation as a sort of devotional practice. The books from which these present selections have been made are extensive — hundreds and thousands of pages each — but they are all built from minute particulars projected through perceptible forms, so that even excerpted they retain their capaciousness. Parts here contain the whole, and the whole extends beyond the book to be coincident with each and every day. For readers, these poems will alter the details of the world around them with the same precision and wonder with which they were recorded.

On sound of wave in channel

Here's a new music of greatest subtlety where the poems' musicality is not due only to their sounds but to their structure. The use of repetitions with minute variations goes beyond its equivalence in contemporary American music, and achieves the hypnotic power that we find only in the best renditions of, for example, classical Persian melodies. Steve Ratcliffe has taken his poetic researches into highest territory by instinctively managing to assemble his modules - or short verses, in ways strategically controlled and still seamlessly and hauntingly beautiful. His mythical ridge has become the earth's curvature, as well as a space platform, where energies shift, turn and return, to create a "mega-poem" of cosmic intention.

Stephen Ratcliffe is an ethnologist of the present. sound of wave in channel, his extended aubade for Bolinas, shows us the difference in what stays the same in the incremental changes of weather, water, light, and sound. It is a book in which nothing happens, yet everything is in motion--“everywhere a point of // difference.” In these nine-line poems written daily over a period of years, he fuses his mobile sensoria with the natural world: light coming into sky, sound of wave in channel—the primordial phenomena of life at the littoral. And in the perception of events unfolding in this landscape and soundscape there is also a subtext that asserts the value of the present instance in a world devoted to the pursuit of deferred happiness. Ratcliffe’s patient act of watching restores us to what is most familiar, and in so doing discovers [that?] “somewhere called “HERE I AM.”

Planet, sky, light. The plane of a ridge shadowed or still black. The channel and the sound of wave in channel. Attending day after day to perceptions of things of the world that flicker and move on -- a “golden-crowned sparrow’s oh dear,” a “jet passing above the pine branch” -- Ratcliffe’s poem holds space for the non-human, reveals consciousness to be sparks thrown off by arcs of sound and sight. Between the channel and sun rising over the ridge nothing and everything is present. A meditation that returns us to the world, to breath and to word, such staying-with affords a much-needed practice—resistance in our time of egotistical ravaging of the Earth.

Stephen Ratcliffe is in his blue or green or yellow or mauve or brick-red or phthalocyanine period.  That is, the serene repetitive seriousness of the shapes and colors of his work, like that of the late style of a great painter, who’s painting the same things, day after day, week after week, month after month, year by year (book by book) until what’s depicted, though absolutely precise and completely clear (located in space without exaggeration or attitude), modulates in color, picture by picture and day by day, until it disappears into its own blended shadings, becoming everything at once – and nothing.

I find these poems perfect in the way a cloud is perfect, or perhaps a dreamed cloud that is hyper visible and complete in itself. Line by line, day by day, Ratcliffe has created a delicate model of a specific period of time where the highly refined language is and with phenomena passing. The attention here is to such degree that the observer melts away and like Dickinson’s “The Brain—is Wider than the Sky—” there’s space for everything, including sky, thought, Lily Briscoe, cloud, Cage, grey, man, woman, etc. Cloud / Ridge is a necessary book because it reveals in its quiet way just how extraordinary existence is.

In CLOUD/RIDGE Stephen Ratcliffe weaves concise visual and auditory notation of scattered passages of daily life -- immediate local presence, sensitive observations of nature and domestic circumstance, thoughts about art and samples from reading (with the flow of mind in Woolf's To the Lighthouse providing a central thread) -- into a complex textured fabric that shimmers with the dual "lights" of consciousness and palpable reality.

Moments of serenity illuminating each day of this limited and temporary life suggest an elusive transit of meditative dimensions beyond the temporal; the poems, with their open, relaxed way of going-on and ongoing, reflect an attitude of wonder toward nature, a receptivity to color and light, a sustaining formal control, and an intimacy with intrinsic pattern-recognition satisfactions that may be discovered in the adroit handling of fugal repetitions and variations in language.

In these seeming stage directions for the 'play of the moment' the characters face each other in multiple scenes of house, water, land and weather.  The whole story rumbles through like a relentless flow of time out of time. If the story tells you it happened, it happened. It won't let you down, you can rely on that. 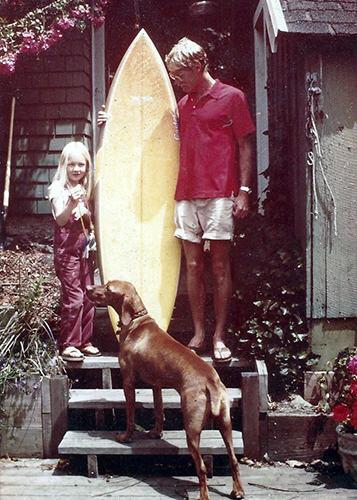 Stephen Ratcliffe is the author of more than twenty books of poetry, including most recently Rocks and More Rocks (Cuneiform 2020), sound of wave in channel (BlazeVOX [books], 2018), Painting (Chax Press, 2014) and Selected Days (Counterpath, 2012) which won the San Francisco State Poetry Center Book Award.  He has also written three books of literary criticism, Reading the Unseen: (Offstage) Hamlet (Counterpath, 2010), Listening to Reading (SUNY Press, 2000), and Campion: On Song (Routledge & Kegan Paul, 1981).  His ongoing series of six 1,000-page books, each one written in 1,000 consecutive days, is available online at Editions Eclipse

and his daily poems + photographs can be found at Temporality (stephenratcliffe.blogspot.com).

Other material is also available online at the Electronic Poetry Center (http://writing.upenn.edu/epc/authors/ratcliffe/);

Publisher of Avenue B books and Emeritus Professor at Mills College, he has lived in Bolinas California since 1973.