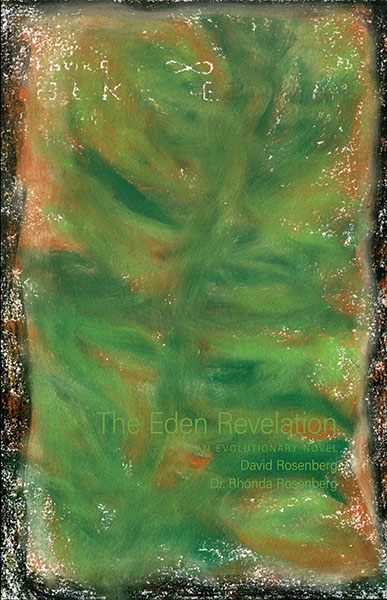 Gripping in the power of its felt thought(s). A novel of ideas which actually moves one. And incredibly timely."

The Eden Revelation is...

a startling update of the twentieth century’s novel of ideas, in particular Thomas Mann’s Nobel-winning The Magic Mountain.  Where Mann’s characters gave voice to fantasy and psychosis, The Eden Revelation binds us with our evolutionary history: social beings living by the light and darkness of ideas. Our first idea, mythologically, was recorded just outside the Garden of Eden, in an ancient echo of eschatological climate change.

Fortuitously, 2023 marks a century since Magic Mountain’s publication in German. It was focused on themes of personal vs societal illness. Now, in this new novel under distress, the societal trauma has become planet illness, whether expressed by a smart virus, by climate change, or by an angry wind blowing our ur-parents out of Eden. The cultural trauma, however, is a lack of popular knowledge about how evolution works, not only in ecosystem niches but on our psyches.

Today we diagnose extreme fantasies as a trait of the unconscious human mind. Prior to the 1990s, we might have echoed the physical symptoms of TB in Mann’s sanatorium, which offered mountain air and “intellectual entertainment”. Now, when we realize the disease within Eden was carried by a disguised serpent, we’re made aware that fantasy and psychosis are its human equivalent, leading to wars and boundary-erasing animal-to-human transmission of pandemics.

So that this time, in place of Mann’s characters voicing bygone ironies, our original ecosystem—a buried Garden of Eden, where Homo sapiens evolved—is broken into by an archaeologist’s Middle Eastern dig.  It is where this novel begins its reckoning with the psychic attachments underlying sexuality.

Archaeologist Archibald Shechner, likewise, hears a singular voice breaking into his head.  His colleagues fear a nervous breakdown. The novel itself at times seems to distill into a transcription, as if evolving into a new species of prose testimony. Yet the framework of its characters in search of their lost archaeologist colleague and his ancient scrolls remains firmly narrative. It is anchored in both cultural and natural history, suggesting a hopeful guide for “blind” evolution.

Dreams of Being Eaten Alive:

The Literary Core of the Kabbalah

“Rosenberg’s stunning version brings to English some of the most unnerving and powerful passages in the early cabala, reinstating it as a passionate, enchanting literary text. This is an exciting, discomposing book.”

“For Rosenberg, the cabala is about expressing our deepest and wildest fears, especially about sex. His solution is to see the cabala as a way of reading ‘in a more natural or wild way, unconfined by the inhibitions of human culture.’ ”

The Lost Book of Paradise

“Restored by Rosenberg from old manuscripts and ancient longings: a poetic rendering of a paradise stormy with emotional deprivation.  In Rosenberg’s paradise, nature is alive, more alive than Adam who longs for Eve, just like fruits and nuts long for bees and bugs. As punishment, the humans write books.”   —Andrei Codrescu, “All Things Considered,” NPR

“Filled with the exquisite irony of one who knows how to imperil our simplest notion of belief. He refuses to make it any easier for us than the suspenseful fictions of Borges and Kafka.”   —David Shapiro

A breathtaking, direct descendant of Paradise Lost in its wonder, its resonance, its concentration on human life in such a way as to convey eternal worlds beyond human knowledge.  A major work.  —Grace Schulman

The Book of David

“The immediacy—the sense of contingency and danger--is undeniable, and it carries the thrill of vertigo.  As one reads, one imagines the writer smiling

to herself, then pressing down on her scroll.  It weds Rosenberg’s translation to the veiled, suppressed subjectivity of the reader, and frees it”.

No reader’s ideas of religion, politics or literature will go unchanged—or unimproved—by this profound, yet always lively work of scholarship and art.”   —James Carroll, Boston Globe

“One of those unexpected, exhilarating books that forces you to rethink the nature of the human condition.”   —Jay Parini

The Book of J

“The play of language emerges in Rosenberg’s version as it does not in King James.”     —Harold Bloom

“J is a pioneer who is uniquely aware of her characters’ psychological complexity.She welds together all the available genres to make a prose poem.”    —John Barton, New York Review of Books

“This book is thrilling.  Rosenberg looks ‘at why the biblical authors needed to create in the way they did.”   —London Daily Telegraph

One of the most perceptive triumphs of imagination I have ever had the pleasure to read.”    —Carl Rollyson, New York Sun

“Audacity and originality.  A stunning new translation [‘the best in a century, without a doubt,’ wrote Hayden Carruth in The Nation’] that restores the creativity and poetry of the original text.”    —The New Republic

See What You Think

“From the uncanny vision of the group birth of John Ashbery’s ‘Self-Portrait in a Convex Mirror” at Kenward Elmslie’s Vermont summer house, to the poet-filled NYU classroom of Harold Bloom, to the Vancouver archive of bp Nichol and his Sumerian cuneiform allusions, back to Eden itself as it is revealed in the Kabbalah, Rosenberg’s trajectory has led him through all the ‘sublime disguises’ that the visionary must assume.”

“Nothing else is like these pieces.  There is a certain dream character to them, as when we recognize everyone in the room, except that they are different.  As in a transforming mythography, they are the same and not-same.  It’s a singular work, an evolved form of memoiristic writing.”

“Quite something to pull off the explication of such complex ideas in the guise of narrative and character.”

“The poet’s job, Rosenberg cautions, is nothing less than to foretell the species’ next move.”   —Jack Kimball, Poetry Project Newsletter

Original, persistently stimulating, and entertaining. He has kept the faith with the avant-garde, while transcending its limitations and hermeticisms.  A delicious achievement.   —Phillip Lopate

A Life in a Poem

“As someone whose scholarly and creative sensibility could never abide the academic, Rosenberg has allowed us to feel the weight of culture and psyche lifted, deciphered.”    —Geoffrey Hartman

“The style and voice inimitable, wide-ranging, quite fearless.”

“Best Prose:  This is one of the great minds of our time.  This is the book you were waiting for to fill in those islands of thought you’d abandoned”.

“Rosenberg has been for some years a poet to watch, even to contend with. For more than a decade, his work has grown in in assurance and bravery, learning its own lilt and tone and expansiveness. Then he seemed to change. He didn’t change, but he seemed to change. His poetry took on ancient spirit in the powerful idiom of modern American discoveries.  Not only Whitman was his guide—I hear Pound, Williams, Zukofsky, Black Mountain, H.D.: all of them modernist American poets.  Rosenberg gives himself over to Job as a man in in his own time and space, but brings with him for speech the refinements and inventions that have developed in more than a century of American poems.”

Blues of the Sky

“With more courage than most poets now could even imagine, Rosenberg has made psalms that are genuine contemporary poems, yet still embedded in the ancient Hebrew sources.”

“Moving and full of skill.  Rosenberg has made it sing.” 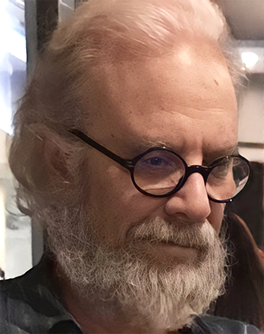 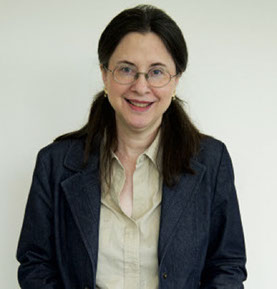 David Rosenberg is the coauthor and editor of the NYT bestsellers The Book of J (with Harold Bloom) and Congregation. He has a Guggenheim for nonfiction, a PEN prize for A Poet’s Bible, a Hopwood Special Award in poetry, a Canada Council grant, etc.  Born in Detroit, dual nationality since 1981, Israeli-American, he and Rhonda have lived since the ‘90s in Miami, within proximity of the Everglades.

Rhonda Rosenberg, born in Houston, is research associate professor at FIU. She has coauthored more than fifty peer-reviewed papers and completed many NIH grants in HIV research. With her husband, she was co-founder of Field Bridge, a think tank in translating ecosystem science into the cultural arts.  She has also collaborated on several books about ancient biblical history and poetics.