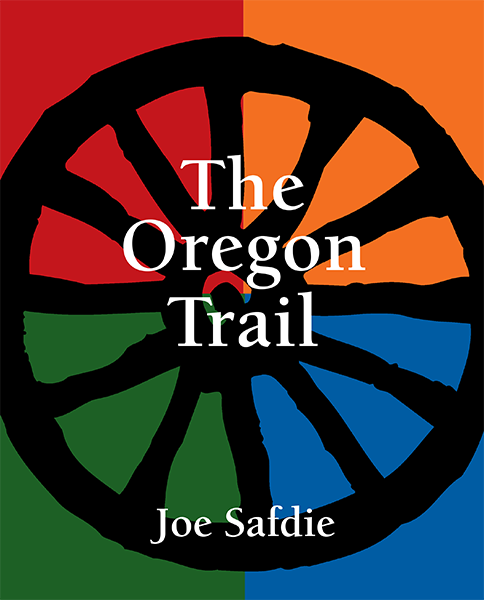 Entering Joe Safdie’s new book, The Oregon Trail, ought to be accompanied by the 20th Century Fox theme song. It’s not that he’s as straight as Fred McMurray in The Oregon Trail (though they are both writers), but the film, which opens with a brief shot of some buffalo which must have been wrangled up from some zoo, charts a violent, shameful moment in US history that dwells just beneath the surface of Safdie’s world. As the credits unfold, the camera lingers on details of a wagon train rolling into Oregon Territory, then erupts into anxiety music accompanying a slow pan along the prostrate leg of some white dude toward the revelation of an arrow stuck in his chest. Message: it’s gonna be a hairy ride. Like the Oregon Trail that was American colonialism’s highway to heaven, Safdie’s Oregon Trail also journeys into a strange new land. Leading into and through an ordinary world of this and that, it insists on opening into further and further complexities of observation, learning, and thinking, a wagon full of a life’s dedication to knowledge as gnosis, the kind you can’t “see” as Charles Olson has it, but that animates the world. Safdie constantly acknowledges his teachers, implicating text after text in a rich weave of knowing. Much of the knowing delves into what Ed Sanders, writing about Jack Clarke, called “Image Systems” of the “Archaic Story,” those ancient forms that continue to circulate through and in-form our lives, though increasingly distant and threatened. But in Safdie’s world, they’re always entangled in the business of today’s demands while seasoned with a recognition of American colonialism’s brutal political/cultural legacy.

If the smile evolved from fear, these poems are pulling back the lips of artifice and baring the teeth of our souls. The laughter coming out is blunt life and sharp death, humans being dumb and being smart enough to find it funny. Be afraid of these words and read them courageously—Safdie understands that language is the words using you as the joke.

Poems from his retirement are evidence that a real poet never retires—he just doesn’t have to drive to work.  In an activa vita retirement, Joe Safdie recognizes two of his formative teachers.  He names a section of the book “Hermes, the Thief,” after Norman O. Brown’s first book.  And in another section, the scholar of Edward Dorn and the Via Negativa writes:   “[T]he only logical reading choice / in the time of the coronavirus / is Cioran.”  I take my Cioran before long walks in Safdie.

Joe Safdie’s poems in The Oregon Trail exempt us not even from getting killed and eaten– and I like it that way. Here, eaters watch themselves get eaten. In this there is a certain tenderness and sensuality. Safdie’s poetry straddles death from every direction, marks and transgresses its boundaries, and brings access in the living moment to poetry’s inherent formality, the pleasure it takes in itself. By lyric paths, in erudite yet straight-forward poems, modes of being find material to play with. Orpheus and Hermes are but two mythic faces that Safdie invents (invenies: I discover) along the high bridge of a bird’s flight between nothing and nothing, where they are still living, and have not quite become themselves. The Oregon Trail of Safdie’s lyric, through whatever medium, unfolds. This is the trail of Gunslinger and The Loom—the trail that consumes and leaves one with only a dubious and fleeting wisdom, for which any poet would barter all their gold, and more.

Like a modern day sometimes vehicular flaneur, wandering among the ruins, treasures, and bric-a-brac of our throwaway civilization, Joe Safdie brandishes his considerable erudition in The Oregon Trail to focus on phenomena as they pass our line of sight or flit through the mind, giving us another version of realism.

Out West along the Pacific coast poet Joe Safdie has retired from decades of slogged academic doldrums & moved north from sunny San Diego to the far more cloudy and wet urban chic yet green inlay of Portland, OR. Thankfully the power of his poetry has only gathered momentum. His inter-textual dances have all the moves, just like Lee Konitz and Peggy Stern discover in Lunasea. We’re all grateful to have Safdie keep on blowing. 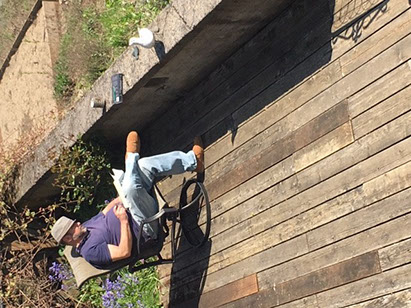