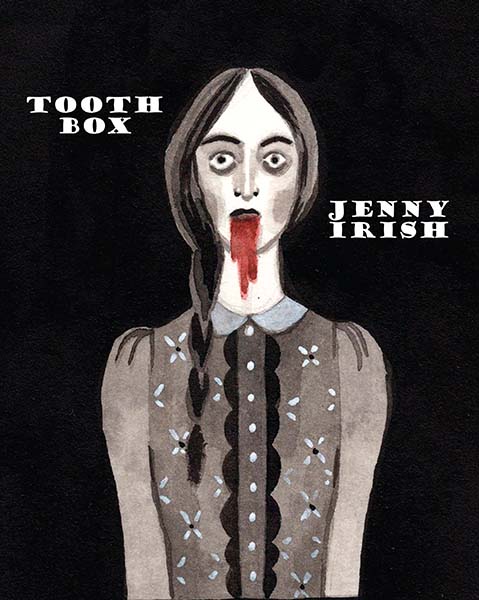 Tooth Box tells of a girlhood familiar to many—a girlhood of strange cruelties and the ever-present threat of violence. Irish writes with a mesmerizing attention to detail and a gift for the startling and uncanny. The girl in these sensuous poems wanders through a dark fairytale-esque world, alert to being taken, cut, punctured, and eaten: "to expect care from no one." It's one of the few poetry books I've read that accurately captures the tender, but brutal relationships between girls. Written with a fluid, dreamlike beauty, it is "a story built from the sticks and bleached and brittle bones of a truth...about girls who...become animals to save themselves."

In the title poem of this stunning collection, a tooth box is described as a “fragile capsule for caging time.” The same could be said—could it not?—of a poem, yet these poems and prose pieces are not fragile capsules—they are stones sharpened to points; they are stories that burst open like our spiral galaxy, growing larger and larger with each turn. Jenny Irish powerfully undoes the time called girlhood, drawing us into a world—our world—where girls can so easily disappear, dragged under by men, by alligator, by indifference, a world where girls brim with bewilderment and hunger, a world where even the softest of cosseting can’t keep us safe. Tooth Box is unflinching, unforgettable.

What does Jenny Irish’s Tooth Box hold? A rabid girlhood of hybrid understanding, a quiet body yearning to express itself, and a wilderness of adults with mixed intentions. This book is stunning in its ability to move through and across form as a means to best express childhood discovery and trauma. Leaving readers wondering, where is my tooth box? What secret selves does my tooth box hold? Inventive, gut-wrenching, and full of strength, Irish’s work is in a category of its own.

Yes. It is helpful when we think of words as the spoken, the unspoken, and the unspeakable. Jenny Irish’s Tooth Box is sure enough a book for every reader who’s felt lonesome and savored it, got a bruise and pressed it, found love a not entirely unwelcome fish bone lodged in the throat. A book of all that spoken and unspoken bittersweetness that makes a life one’s own. But it is especially a book for the unspeakable: the slap or scolding that any public outing’s fun and games made due, the burn from a bored boy’s careless cigarette though that boy was your own father, the tongue you held in one hand and the knife you held in the other. A book for those of us taught by older, harder girls, before it was too late, to expect care from no one. In a story built from the sticks and brittle bones of a dead, obvious, unspeakable truth, we children who weren’t so much held as hauled find an archive of the alternating hurt and wonder that kept us going, and keeps us still. 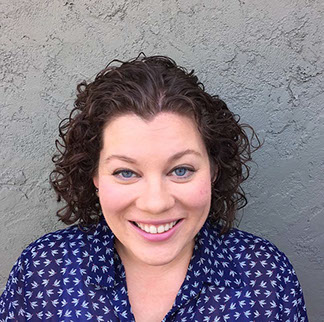 Jenny Irish is from Maine and lives in Arizona, where she teaches in the Creative Writing Program at Arizona State University. She is the author of the collections Common Ancestor,

I Am Faithful, and the forthcoming chapbook Hatch.